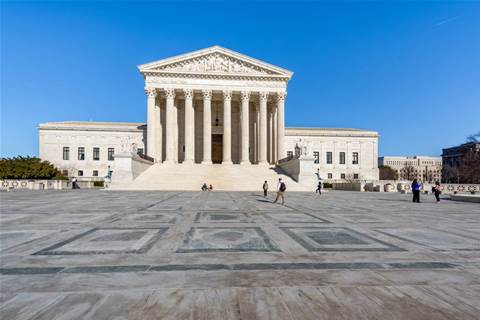 The U.S. Supreme Court on Monday scheduled an October date to hear oral arguments in the long-running copyright dispute between Google and Oracle over development of the Android mobile operating system.

After a decade of legal battles that has seen many twists and turns, attorneys for the two tech giants will argue the groundbreaking case that puts billions of dollars on the line before the nine justices on Oct. 7.

Oracle did not immediately respond to a request for comment.

In February, Oracle submitted a written argument to the Supreme Court making the case that Google stole thousands of lines of copyrighted code, and with them, Oracle’s chances of competing in the smartphone market.

In recent months, both sides have showcased a broad range of amicus briefs in support of their respective positions.

Among Oracle’s prominent backers is the government of the United States. The U.S. Department of Justice filed an amicus brief claiming Google’s use of Java “harmed the market” for Oracle’s work, and the U.S. Solicitor General is also backing Oracle’s claim of code theft.

Google argues “it was entitled to copy 11,330 lines of respondent’s declaring code because that code standing alone is not commercially valuable,” the DoJ amicus brief to the Supreme Court reads.

“If that approach were sound, a developer could steal half of another developer’s program and finish it herself, so long as the stolen half did not function on its own.” The DoJ said that by Google’s own account, it copied Oracle-owned Java code to make Android a more appealing platform to Oracle’s “fans”.

Oracle has some 30 other briefs in support of its position, including from the Songwriters Guild, the Recording Industry Association of America, National Music Publishers Association, the News Media Alliance, and USTelecom, the trade association representing the broadband industry.

For its part, Google has presented 26 amicus briefs supporting its position that it was in fair use compliance when it used Java APIs to build Android. Those include ones from Microsoft and IBM.

Oracle was “obligated to highlight the conduct” of Walker, Glueck said, who in recent months has “led a coercion campaign against companies and organizations that were likely to file on Oracle’s behalf to persuade them to stay silent.”

The complex case has raged on since 2010.

In an earlier phase, a federal judge ruled that Java's APIs couldn't be copyrighted at all, absolving Google of any liability before the case was even presented to a jury. A circuit judge then reversed the lower court and sent the case back for trial, where a jury found in favor of Google. That decision was then reversed by a circuit court.

Google previously failed to get the case in front of the high court.

In 2015, Oracle scored a big win when the Supreme Court declined to hear Google's appeal of a previous lower court ruling. The Obama administration, through a letter from the U.S. Solicitor General, advised the Supreme Court to not intervene in the case.

The case was remanded by the circuit court back to a lower court for a trial just to establish how much Google owes Oracle for the infringement.

But in January of 2019, Google again petitioned the nation's highest court to help settle the long-running dispute.

In its successful request for review, Google argued the question of how copyright law applies to software interfaces is unsettled, and of vital importance to the industry.