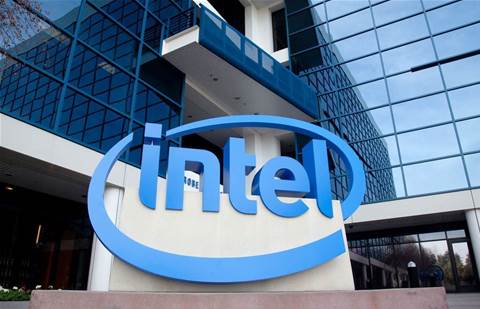 Intel chief engineering officer Venkata Murthy Renduchintala is leaving the company, the chipmaker announced Monday — days after it revealed that manufacturing problems are causing a six-month delay in the delivery of its next-generation, 7-nanometer products.

The company said Renduchintala, whose responsibilities include process technologies like 7nm and manufacturing operations, will leave on 3 August. An Intel spokesperson said it does not plan to replace Renduchintala‘s role as chief engineering officer or as group president Technology, Systems Architecture and Client Group, which is being split into separate teams.

This marks Intel‘s second high-profile executive departure in as many months following the sudden resignation of chip design executive Jim Keller, who left in June for personal reasons.

The Intel spokesperson declined to say whether Reduchintala resigned or was fired but said his departure was the result of a reorganisation that will split up the Technology, Systems Architecture and Client Group into separate teams across Technology Development, Manufacturing and Operations, Design Engineering, Architecture, Software and Graphics, and Supply Chain. The leaders of each group will report directly to CEO Bob Swan.

An executive at an Intel channel partner company, who asked to not be identified so that they could speak frankly, said Reduchinatala‘s departure was likely connected to the company’s recently disclosed 7nm struggles, which, following Intel’s multi-year 10nm delay, has exposed a weakness in what has historically been a point of differentiation for the company.

“The thing that‘s happened here, and it’s been well publicised, is that manufacturing and fabrication has been one of Intel’s core strengths over many, many years,” they said. ”They were always on the bleeding, leading edge, and all of us has been watching that erode a little bit here. They have a lot of core strength but that’s one of the legs of the stool that needs some help.”

Intel hired Renduchintala in 2015 as president of a organisation that was known at the time as the Client and IoT Businesses and Systems Architecture Group, which brought together the company‘s Platform Engineering, Client Computing, IoT, Software and Services and Design and Technology groups.

As part of the reorganisation, Intel said, the Technology Development group will now be led by Ann Kelleher, who was previously head of Intel manufacturing and will now focus on the company‘s 7nm and 5nm processes. Mike Mayberry, the company’s chief technology officer who previously led the group, will consult and assist with the leadership transition until his retirement at the end of the year.

“Mayberry has a 36-year track record of innovation at Intel, during which he has made key contributions in technology development and as the leader of Intel Labs,” the company said.

Manufacturing and Operations will be led by Keyvan Esfarjani, who most recently led manufacturing for Intel‘s Non-Volatile Memory Solutions Group and will take over Kelleher’s role in driving the ramp-up of new products and build-out of new fabs for Intel’s global manufacturing group.

The Design Engineering group will be led in the interim by Josh Walden, who will continue to also lead the Intel Product Assurance and Security Group. The company said it plans to conduct a global search for a permanent leader for the group.

The Architecture, Software and Graphics and Supply Chain groups, on the other hand, will continue to be led by Raja Koduri and Randhir Thakur, respectively.

“I look forward to working directly with these talented and experienced technology leaders, each of whom is committed to driving Intel forward during this period of critical execution,” Swan said in a statement. “I also want to thank Murthy for his leadership in helping Intel transform our technology platform. We have the most diverse portfolio of leadership products in our history and, as a result of our six pillars of innovation and disaggregation strategy, much more flexibility in how we build, package and deliver those products for our customers.”

Intel announced during its second-quarter earnings call that its 7nm products, including a 7nm client CPU, have been delayed by six months due to slower-than-expected progress with the company‘s next-generation manufacturing process, which is 12 months behind as the result of a defect.

“We have identified a defect mode in our 7nm process that resulted in yield degradation. We’ve root-caused the issue and believe there are no fundamental roadblocks,” Swan said last Thursday.

The executive at the Intel partner organisation said while Intel continues to have many strengths, its issues with 7nm and the product delays they‘re creating could push more partners to choose AMD for future systems, particularly if AMD’s next-generation processors continue to show advantages in performance-per-dollar, which is critical in some areas like high-performance computing.

“It makes selling the Intel story a little tougher,” they said.

However, the executive said, while Intel‘s manufacturing issues may prompt the company to rely more on external foundries, the chipmaker has made comebacks before.

“We‘ve seen them go through cycles like this before and come back,” they said. ”One of the last times I remember was when AMD beat Intel to gigahertz clock speed [more than a decade ago], and that was fixed. It will be interesting to see how this goes.”