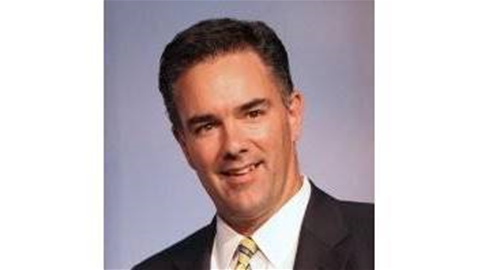 Hope takes the helm in the wake of the appointment of former HPE Worldwide Channel Chief Paul Hunter last week as the new managing director of HPE North America.

“George is in a great position because he has been a vital part of all the planning for the future and the decisions we are making to continue to evolve with our partners so there will be no interruption with the pace and agility with which we move and evolve with you together,” Hunter told partners.

Hunter, for his part, singled out Hope’s world class enterprise “pedigree” with three years experience leading the channel for SimpliVity, which was acquired by HPE, and 17 years at EMC where he held several high-level channel posts including heading up the Isilon division.

Rob Schaeffer, president of CBT, Orange, Calif., No. 148 on the CRN SP500, one of HPE’s top Platinum partners, said he sees Hope as a leading candidate to take on the worldwide channel chief job.

“George has experience across our industry from the purview of multiple OEMs,” said Schaeffer, a seven year HPE channel veteran who has worked closely with Hope and Hunter. “His experience with the companies that he has worked for is unique. Not only does he know the partner ecosystem, the distribution ecosystem, but he also knows customers. You tie all three of those together and it leads to a better outcome for customers. He is a talented executive.”

Hope’s experience working closely with Hunter makes him “uniquely qualified” to assume the worldwide channel chief job, said Schaeffer. “Certainly George should be considered as a leading candidate,” he said.

Schaeffer also said he expects a “seamless transition” with Hunter moving into the HPE North America Managing Director position. “As we go forward from the partner community we can expect more alignment, more loyalty to the partner ecosystem from Paul with his background coming from worldwide channels,” said Schaeffer. “Paul intimately knows the strength of the top partners, where partners are unique and bring specific value to the end user customer in partnership with HPE. I think the alignment will be tighter with specific partners based on their value proposition to the end user customers. I think that will be fantastic.”

Neri said Hunter’s appointment to managing director is an “incredible vote of confidence” in Hunter, whose appointment comes in the wake of strong channel growth for HPE’s GreenLake pay per use cloud services platform.

“Having someone like Paul lead in North America with that channel understanding is a vote of confidence in what we are doing,” Neri said. “Obviously we have a strong bench. I know George will continue the momentum Paul had.”

HPE’s GreenLake on premise cloud services are growing faster than public cloud with a ‘record-breaking’ 82 percent growth in service orders in the most recent quarter. GreenLake orders through the channel were up 85 percent in the quarter.

Under Hunter’s leadership, the number of GreenLake partners has been growing at a rapid clip with more than 700 HPE partners now selling GreenLake.

“Every quarter we have more partners that are adding both (sales) pipeline and closing more opportunities,” said Hunter, noting the emergence of a group of elite GreenLake partners that are now closing multiple deals. “They are on to their third, fourth, fifth and sixth deals.”

“The partners that are cracking the code on how to sell it, how to position it and how to take an opportunity through its lifecycle is exciting for us to see,” he said.

Hunter thanked partners on the call for all their support over the last three years. “It’s been one of the most enjoyable and rewarding experiences during my time at HPE,” he said.”I will no doubt stay in touch with many of you. You are in great hands with George. George and Antonio will continue to drive the partner transformation that we embarked on.”

As for his new role, Hunter told partners: “If you are in North America and you have got an opportunity to close deals give me a call - I’m available for sales calls.”