HPE finalises Silver Peak deal, gets ‘leg up’ on Cisco 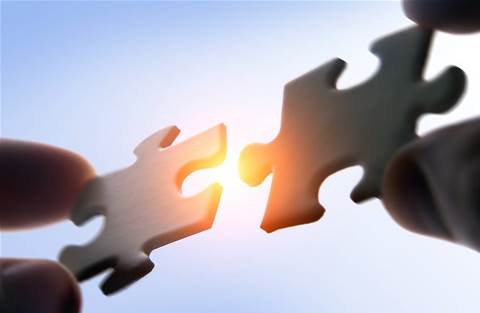 Hewlett Packard Enterprise Monday completed its US$925 million acquisition of SD-WAN high-flyer Silver Peak, setting up a fierce battle against longtime rival Cisco Systems in the enterprise networking market, according to HPE partners.

The deal provides HPE with a new arsenal of SD-WAN capabilities from Silver Peak, which was named a 2019 Gartner Magic Quadrant leader in WAN Edge Infrastructure.

“This gives HPE a leg up on Cisco,” said Michael Maher, director of professional services at CPP Associates which was recently named HPE solution provider of the year in the US.

“In the past, HPE and Cisco were on unequal footing. We are excited about this. It gives us the ability to provide more definition around the on-premise cloud like experience in a way that nobody else can today. HPE can now compete across the complete technology stack with storage, compute and now software-defined networking.”

“HPE is continuing to innovate,” he said. “They have the number one wired/wireless solution with security. As the game changes, HPE continues to innovate and lead the way.”

Silver Peak founder and CEO David Hughes will join HPE as the senior vice president of the WAN business within Aruba.

In an interview with CRN before the close of the deal, Vishal Lall, COO of Aruba, a Hewlett Packard Enterprise (HPE) company, told CRN: “The teams are very excited every time we meet, and I think the culture fit is fantastic. Their [SD-WAN] product is one of the leaders in the [Gartner Magic Quadrant]. We will see a lot of synergies from a revenue perspective. We are excited about this and their performance during COVID has been very strong.”

In a prepared statement, HPE CEO Antonio Neri said the deal arms HPE with a “comprehensive” SD-WAN portfolio that accelerates the “delivery of a true distributed cloud model and cloud experience for all apps and data wherever they live.”

Kelly Ireland, founder and CEO of CBT, Orange, Calif., one of HPE’s top intelligent edge partners with its Refinery of the Future Texmark Chemicals solution, said she sees the acquisition as another step in Neri’s bold plan for HPE to dominate the edge computing market.

“HPE has made very strategic acquisitions with cloud, AI, high performance computing etc., for very specific reasons,” said Ireland. “This completes the picture. We are very excited about this deal. This plays very nicely into the solutions we provide our clients. When you look at HPE’s Internet of Things (IoT) with OT (operational technology) and IT (information technology), no one even comes close. Now they are bringing in the next critical piece to the intelligent edge. It’s not just a network play. This puts HPE in a position to provide a totally complete edge solution. HPE is the only one doing edge, network, storage and high performance computing. They have the whole package.”

CRN reached out to Cisco but had not heard back at press time.

In a statement after HPE first announced the Silver Peak acquisition on July 13, Cisco said the deal underscores the significance of SD-WAN being a vital part of the network.

“We’re confident in our approach to SD-WAN and SASE by integrating the most advanced networking and security portfolios together to meet the performance and security demands of our customers as they adopt multicloud initiatives,” said Cisco Global Senior Director of Enterprise Networking for the Global Partner Organization Jason Gallo. “Our strategy is paying off.”

Cisco also pointed to market research from IDC and Dell’Oro Group that touts Cisco as the market leader in SD-WAN. Cisco said it has more than 20,000 SD-WAN customers globally, including 70 of the Fortune 100.

“Our history of navigating complex market transitions gives our customers the confidence to invest with Cisco on their journey to SD-WAN,” said Gallo.

Grabbing the hybrid cloud opportunity with Lenovo and Azure Services
By Steven Burke
Sep 22 2020
9:31AM