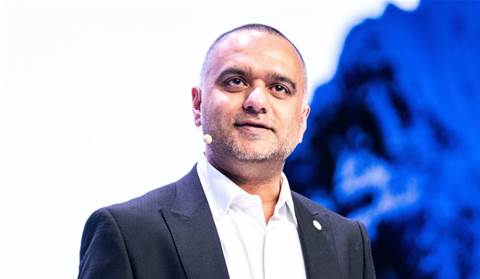 “As a hyperconverged infrastructure software vendor, we believe Nutanix should not be included in a hardware-driven view of the market such as this one which splits our software market share across our OEM partners,” said Pandey in an email to CRN USA. “We look forward to IDC sharing an updated software-only view in the coming months which we expect to show Nutanix as the clear software-based HCI market leader.”

The protest by Pandey comes after IDC ranked Nutanix No. 2 in worldwide hyperconverged software market share behind VMware in second quarter 2020, as well as second in the global HCI Systems category behind Dell Technologies, according to IDC’s Worldwide Quarterly Converged Systems Tracker.

IDC ranks vendors within the hyperconverged infrastructure (HCI) software market by the owner of the software providing the core hyperconverged capabilities. However, IDC’s software market share numbers include the hardware sales. In fact, IDC’s software numbers represent the value of all HCI hardware, HCI software and systems infrastructure software sold. Nutanix claims that measure puts it at a disadvantage within IDC’s rankings against competitors, which includes VMware and Dell Technologies who have made gains in the hyperconverged market with tight integration between VMware software and Dell hardware with VxRail.

Nutanix was a pioneer in the HCI appliance market, but has transitioned into a software-only company over the past few years, specializing in hybrid cloud and hyperconverged software. Less than one percent of Nutanix’s total revenue currently comes via hardware sales.

“For example … for every US$1 of HCI software sold by Nutanix, IDC’s market-share methodology layered on between US$1.30 to US$4.50 of hardware, with an average in the low US$2s. This is due to the significant discrepancy of the values of HCI hardware that these vendors report to IDC,” said Chin.

While the market value of servers across vendors is similar in the marketplace, she said IDC reported approximately one-third the value for SuperMicro-branded hardware as compared with many other brands. “This significantly and negatively impacted Nutanix’s market share,” said Chin.

IDC declined to comment on Nutanix‘s protest. But in the press release on the hyperconverged rankings, IDC conceded that hardware sales are a major factor in the data.

“The chart should not be assumed to solely reflect, or completely align with, the respective companies’ overall software performance,” said IDC in the IDC Worldwide Quarterly Converged Systems Tracker press release.

In an email to CRN USA, Nutanix’s Chin admitted that “rapid change” in the HCI market has made capturing market share a challenge.

“We strongly believe that the software used in HCI solutions is predominantly responsible for the differentiation of both the innovation and performance of HCI,” she said. “IDC‘s HCI market calculation is influenced significantly by the hardware allocation as part of their methodology. We are delighted and anxious for them to deliver a software-only version, not impacted by hardware valuation, that we believe will come out in this calendar year.”

Dell Technologies declined to comment on the matter. VMware did not respond for comment by press time.

Dell rival Hewlett Packard Enterprise has benefitted from Nutanix’s software only focus with an OEM deal that has paid big dividends for HPE. In second quarter 2020, HPE’s worldwide hyperconverged systems sales soared 53.5 percent year over year to $130 million to win 7 percent market share, according to IDC.

Grabbing the hybrid cloud opportunity with Lenovo and Azure Services
By Mark Haranas
Sep 25 2020
6:35AM