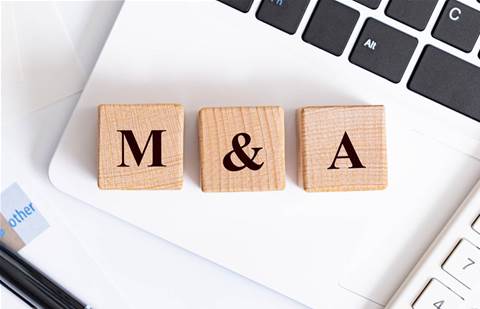 After another year spent suffering bruising attacks on its MSP customers -- and their clients -- ConnectWise hopes to announce next week that it acquired Perch Security, a cybersecurity company with an in-house SOC, for US$80 million, sources with knowledge of the deal said.

Perch is based in Tampa and has partnered with ConnectWise for a number of years offering its brand of co-managed threat detection to customers for an added fee.

ConnectWise is expected to tell partners about the deal on main stage during the company’s opening remarks at IT Nation on Tuesday. The two companies have been close since October 2018, when ConnectWise invested US$9 million in Perch.

Whether ConnectWise will create a new product or offering around the acquisition, or if it will offer the company’s network intrusion detection software for all ConnectWise customers is not yet known.

ConnectWise CEO Jason Magee referred questions to a spokesperson. Perch Security CEO Aharon Chernin did not reply to a message asking for comment.

ConnectWise partners said they hope the company returns to its roots of creating a “world class PSA” (Professional Services Automation) rather than selling software.

Last year, ConnectWise announced a mega-deal at IT Nation: its private equity owner Thoma Bravo had merged it with rival Continuum. That deal came with Continuum’s own robust security practice which included three SOC locations around the globe.

However in June, ConnectWise CEO Jason Magee announced that the company’s ConnectWise Automate product had been used by bad actors to ransom MSPs. The company later acknowledged MSP customers were also hit. Perch wrote about the incidents in July, saying ConnectWise allowed MSPs to be “buffalo jumped.”

“We defined a buffalo jump as an incident where an MSP is compromised for access to multiple customers,” a Perch researcher wrote in a blog posted to the company’s site. “A buffalo jump ends with most of your customers being ransomed. You could consider a buffalo jump as a supply chain attack, but at scale.”

In its July blog, Perch said it wanted to create a product that could monitor Automate to detect intrusions that lead to ransomware.

“Wouldn’t it be great if you could easily monitor ConnectWise Automate for threats? The Perch community sure thought so. So, we asked the birds in the lab to look into it and rustle something up, and now it’s here,” the post reads. “This new product comes right off the heels of a CW Automate vulnerability (CVE-2020-14159) that led to some Managed Service Providers (MSPs) getting buffalo jumped.”

Perch, which was founded in Tampa in 2017, won $9 million in Series A funding from ConnectWise in Oct. 2018. The deal also came with a seat on Perch’s board of directors for ConnectWise CEO at the time, Arnie Bellini.