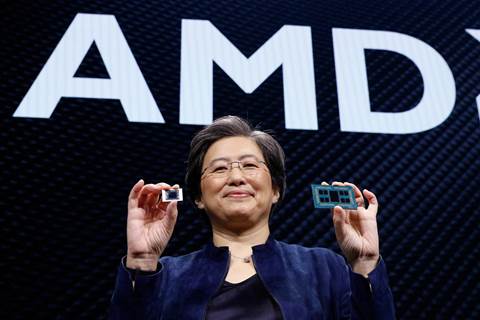 Despite recording record revenue in 2020, AMD CEO Lisa Su said shortages held the company back from selling even more of its products last year and that supply constraints are expected to continue through the first half of 2021 as the chipmaker’s manufacturing partners build more capacity.

“It’s fair to say that the overall demand exceeded our planning, and as a result, we did have some supply constraints as we ended the year,” Su said during the company’s earnings call on Tuesday for the fourth quarter of 2020. She said the shortages were primarily in products for the low end of the PC market as well as gaming markets. In an interview with CRN last year, Su said the shortages were impacting processors for PCs in the education market in particular.

AMD’s revenue for the fourth quarter of 2020 was US$3.24 billion, roughly US$1 billion more than the same period last year or 53 percent higher. That beat Wall Street’s expectations by roughly US$220 million while the company’s earnings per share of 52 cents was 4 cents higher than expected.

Su acknowledged that “the industry does need to increase the overall capacity levels” and that supply issues are expected to continue for the next several months.

“We do see some tightness through the first half of the year but there’s added capacity in the second half,” she said.

A distribution executive recently told CRN that they had been noticing supply constraints of AMD’s processors for both servers and PCs.

“We’re hearing of supply issues across the board for both server and desktop,” said the executive who asked to not be identified to speak frankly. “For AMD, orders are being pushed out.”

AMD’s strong revenue growth in the fourth quarter contributed to a 45 percent growth in annual revenue to US$9.76 billion in 2020, which was driven by “significantly higher revenue” coming from Ryzen processors and Radeon graphics cards for PCs as well as EPYC processors and semi-custom chips for video game consoles.

Su said the company’s EPYC server CPUs doubled sales in 2020 over the previous year, and that overall data centre sales, which included Instinct GPUs, were just shy of 20 percent of annual revenue for the year. She credited strong adoption among cloud service providers, including Google and Microsoft, as well as large enterprise deals secured with Fortune 1000 companies through Dell Technologies, Hewlett Packard Enterprise and Lenovo.

But while Intel also cited “cloud digestion” as a reason why server revenue was down sequentially, Su said AMD actually saw growth from cloud service providers.

“What we’re seeing in the cloud is actually a period of strong demand,” she said. “We saw it strengthening as we went through the fourth quarter.”

The third generation of EPYC processors, code-named Milan, are set to launch in March after the chipmaker began initial shipments to cloud and high-performance computing customers in the fourth quarter, according to Su. She added that the new processor line will launch with “very strong ecosystem support” and that “significant growth” is expected for the data centre business.

“We do see sort of the expansion of our competitiveness across the enterprise set of workloads as well as the broad set of cloud workloads,” she said. “Our goal in life is to make sure that we’re offering improvements in total cost of ownership to our customers.”

But EPYC wasn’t the only product driving the 176 percent year-over-year increase in sales for AMD’s Enterprise, Embedded and Semi-Custom segment, which reported US$1.28 billion for the fourth quarter. Su said AMD’s chips for Sony’s PlayStation 5 and Microsoft’s new Xbox game consoles are “ramping faster than the last console cycle,” and sales are set to be higher than usual in the first half of 2021.

In the Computing and Graphics segment, revenue grew 18 percent year-over-year to US$1.96 billion in the fourth quarter, largely thanks to strong sales of the chipmaker’s Ryzen 4000 mobile processors and Ryzen 5000 desktop processors, the latter of which launched toward the end of 2020. Revenue from GPUs, both for PCs and servers, decreased year-over-year but increased sequentially, thanks to the launch of the Radeon 6000 series graphics cards and Instinct MI100 accelerator.

“We would like to get that business to let’s call it half a billion dollars as the first milestone, and I think we’re making good progress towards that milestone,” she said.

As for how AMD believes it will perform in the first quarter of 2021, the company projected revenue of roughly US$3.2 billion, which would be a year-over-year increase of 79 percent. For full-year revenue in 2021, the company is currently expecting to grow roughly 37 percent.

“As we look at the annual guidance, we really do see strength across all of our businesses,” Sue said. “We expect significant growth in server, growth in PCs as well as growth in the semi-custom console business. But we also see growth in our graphics business across consumer and data centre graphics.”