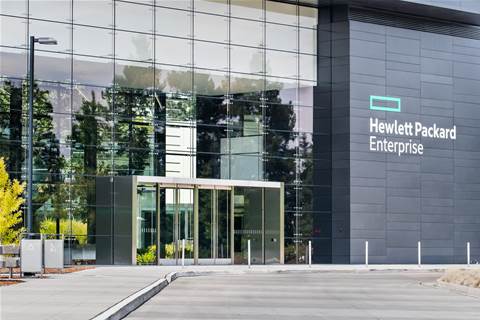 Neri, for his part, thanked channel partners for helping to deliver a strong quarter for HPE with earnings and sales that were above expectations.

The considerable earnings increase is higher than pre-pandemic levels, said Neri. “That is pretty remarkable if you think about it,” he said.

HPE reported record breaking free cash flow for the quarter of US$563 million, up US$748 million from the year ago period. “We never had positive free cash flow in Q1,” said Neri.

“Congratulations,” Neri said to channel partners, commenting on the strong quarterly results. “Our results are a reflection of what you do. Without you we can not deliver this kind of performance. Q1 was clearly marked by strong profitability and cash flow.

"This was a very solid quarter for us and I am pleased with these results because it gives us a very good platform to build on for the rest of 2021.”

HPE’s GreenLake on premises cloud service was up 116 percent year over year in the channel with the number of active partners up 62 percent, said Hope.

The GreenLake indirect mix – which was in the single digit range several years ago – is now at 29 percent, up 11 points year over year, said Hope.

“The number of partners who sell GreenLake keeps growing as we make it easier and more profitable for you to sell consumption offerings,” he said.

Storage as a service offerings now represent 30 percent of overall GreenLake sales, said Hope. “We expect that to continue to grow,” he said.

With aggressive plans to ramp up GreenLake data management offerings, Hope said he sees a “huge” opportunity for growth in 2021 and beyond. HPE’s high availability Primera storage platform- which guarantees customers 100 percent uptime- was up 105 percent in the channel with an 83 percent increase in the number of active partners selling the product, said Hope.

“I’m glad to see that the Primera value proposition continues to resonate with our customers,” said Hope. “With the built in agility of cloud and powered by the intelligence of InfoSight Primera gives us instant access to data with storage that sets up in minutes, upgrades transparently and can be delivered as a service.”

HPE’s Nimble storage indirect business, meanwhile, was up 19 percent to US$129 million with active partners up by 14 percent, said Hope.

HPE is mounting a massive 3Par to Nimble and Primera upgrade initiative for the fiscal year. That opportunity amounts to a US$1.5 to US$3 billion in sales, said Hope.

“When it comes to storage our opportunity is massive this year,” said Hope. “Data has gravity and it continue to grow exponentially. In a mostly flat or declining storage market there are still very high growth areas that have huge TAMs (total addressable markets) like all flash arrays which are growing at a 13 percent CAGR (compound annual growth rate) and HCI which is growing at a 13 percent CAGR.” The midmarket channel business was up nine percent from the year ago quarter, said Hope.

HPE’s Silver medallion and proximity partners grew their share of the GreenLake business by 29 percent compared to the year ago quarter, said Hope.

“As we continue to focus GreenLake on some of the workloads that are attractive to the midmarket partners, there is even more opportunity for our partner community there,” he said.

“The pandemic has forced most SMBs to radically alter their technology priorities for 2021 and beyond,” said Hope. “The digitally determined SMBs are more likely to report revenue increases than those who haven’t embarked on their digital transformation journey.”

To that end, HPE has brought new Flex Offers to the SMB market with a distributor tool that allows partners to go to a distributor’s website to get special SMB built-to-order Flex Offers and promotions.

HPE has built the new CTO capability into its HPE iQuote tool, a streamlined quoting tool that provides partners with preapproved discounts and promotional prices in real time.

“Now we can offer a breakthrough hybrid cloud assessment tool with our new CloudPhysics tool,” said Hope. “CloudPhysics is a SaaS based tool that analyzes on premise IT environment and then provides quick ROI recommendations for cloud migrations, app modernization and infrastructure.”

InfoSight—which collects information from HPE’s massive installed base to automatically remediate infrastructure issues—has 1,250 trillion data points in a data lake that has been built up over more than a decade, said Hope. “This one two punch is phenomenal,” he said.

The SDOE—which was launched in tandem with the CloudPhysics acquisition—slashes the time it takes for partners to do custom sales proposals from as much as 45 days to just 45 seconds, said Hope. “This is better positioning us to seize margin rich opportunities,” he told partners.

“We are in the process of building out our three year strategy with HPC and MCS (Mission Critical Systems) to focus more on the channel,” said Hope. “So stay tuned for that. We are looking for some of you to step up and help us with that.”

HPE’s HPC channel business was up 11 percent year over year in the channel, said Hope.

The new cloud service—which comes in small, medium and large options—allows customers and partners to order HPC as a service through a self-service portal with delivery from configuration to rollout in as few as 14 days.

Grabbing the hybrid cloud opportunity with Lenovo and Azure Services
By Steven Burke
Mar 5 2021
7:35AM