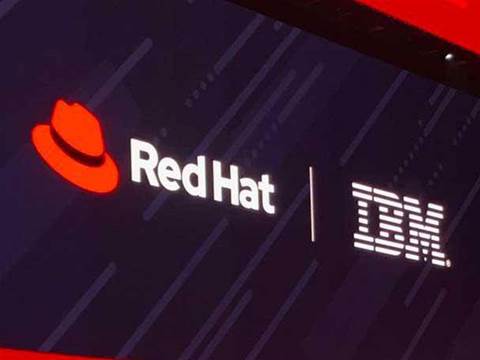 IBM boss Arvind Krishna said that the company’s latest investments have the company poised to continue with capturing cloud share.

In a new letter to investors, Krishna outlined areas where IBM has invested in hybrid cloud and artificial intelligence and discussed how the company is driving growth going forward. Ultimately, IBM “is positioned to lead as we enter the era of hybrid cloud and AI,” Krishna said.

“Every company in every industry wants to build a much stronger digital foundation to fundamentally change the way its business works,” Krishna said in the letter. “There is no going back. In the next two to three years, we expect to see digital transformation at a rate that, before 2020, we thought would take 5 to 10 years.”

IBM’s cloud-related revenue grew 20 percent to US$25.1 billion, excluding the impact of currency and divestitures, and now represents more than a third of the company’s total revenue, Krishna said. “The urgency for digital transformation continues to fuel momentum for our business.”

“Hybrid cloud and AI are the two next great shifts in the technology landscape, and IBM is positioning itself to play a key role in this swift and massive transformation,” he said. “We see the hybrid cloud opportunity at US$1 trillion.”

Krishna calls IBM’s strategy “platform-centric,” with Linux, containers and Kubernetes the foundation of its hybrid cloud platform and Red Hat OpenShift as the core product.

IBM’s hybrid cloud approach allows clients to connect back and front office, modernise mission-critical workloads, build cloud-native apps and securely deploy and manage data and applications across various IT environments. The approach has plenty of room to grow, according to Krishna--who estimates that less than 25 percent of workloads have moved to public clouds so far, with clients finding 2.5 times more value in a hybrid cloud approach compared to a public cloud alone.

“Red Hat was a key driver with normalized revenue growth of 18 percent in 2020 and a backlog topping US$5 billion for the first time at year end,” Krishna said in the letter to investors. “Red Hat, together with our modernized Cloud Pak solutions, delivered overall software revenue growth for the year.”

Krishna was the architect of IBM’s US$34 billion acquisition of Red Hat more than 19 months ago. He plans to unleash a full-fledged IBM partner ecosystem to win the architectural battle in the cloud with Red Hat OpenShift as the “default choice” for hybrid cloud and AI, eliminating IBM direct sales competition with partners through a new simplified sales structure that focuses IBM’s global direct sales force exclusively on the biggest accounts and leaves the rest of the market to ecosystem partners.

Red Hat CEO Paul Cormier has told CRN that the Linux powerhouse does not and will not provide parent IBM any special treatment as a cloud partner in accordance with strict rules for maintaining neutrality in its technology alliances.

With more than 40,000 clients using IBM to deploy AI at scale, Krishna estimated that the current enterprise deployment rate of AI is only in the single digits. IBM’s AI platform runs on-premises and on private and public clouds--and has use cases ranging from IT operations automation through a partnership between ServiceNow on Watson AIOps and creating multilingual chatbots through Watson Assistant, natural language processing and enterprise AI search capabilities.

“We focused on modernising clients’ applications and reimagining their workflows with AI,” Krishna said.

IBM has launched two industry cloud offerings so far, which are “designed to tackle the specific needs of mission-critical and highly regulated industries,” Krishna wrote in the letter to investors.

IBM isn’t the only vendor with the idea of marketing suites of cloud products and services to specific verticals. Microsoft has launched industry cloud offerings for businesses in financial services, manufacturing and other verticals, as has Google.

Consumption growth is up

One encouraging metric to Krishna in the cloud race is the growth of client consumption. IBM now has more than 2,800 clients using its hybrid cloud platform, up 40 percent over the past year, in areas from telemedicine to digital banking. “We are making good headway,” Krishna said--saying that clients are leveraging IBM’s hybrid cloud platform to “accelerate their own digital transformation journeys.”

To help with speeding up hybrid cloud consumption, IBM has “elevated the role of partners,” Krishna wrote in the letter to investors. The company is also adding hundreds of new partnerships with global system integrators, independent software vendors and major third-party software partners, he said. “We are investing US$1 billion in our ecosystem so that our partners can play a much bigger role in fulfilling the many needs of our clients,” Krishna wrote.

Krishna recently told CRN that expanded focus on partners comes with IBM simplifying its go-to-market model and betting bigger on the partner ecosystem, with the number of customer groups at the company being reduced from from 50 to just two. The Latest On NewCo

Many will be watching what 2021 holds for NewCo, the new company that will be created later this year when IBM spins off its managed infrastructure services business. Krishna said NewCo will have more than 4,600 clients at the start, including 75 percent of the Fortune 100, and will remain IBM’s preferred partner for infrastructure management. “In a business where scale matters, ‘NewCo’ will be the biggest in its field,” Krishna wrote in the letter to investors.

IBM recently tapped Martin Schroeter (pictured) to be CEO of NewCo. Schroeter was most recently senior vice president, global markets at IBM—a job he held starting in December 2017. There he was responsible for IBM’s global sales, client relationships and satisfaction, and worldwide geographic operations. Previously, Schroeter held a number of executive positions at IBM, including serving as IBM’s CFO between 2014 and 2017.