After the science: What quantum computing will really mean for the tech industry 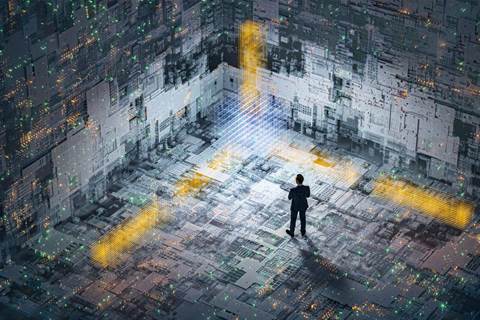 Quantum computing is often talked about in the same tones as flying cars. Yes, they technically already exist and sure, they’re faster in some ways, but am I ever going to have one in my garage?

To try and answer that question, CRN talked to a range of quantum experts and can confidently say the answer is: yes. Or no. Or maybe both at the same time.

Just to be clear, this article is not about the science behind quantum computing. If you’re interested in that, you can spend an hour on YouTube and learn an immense amount. This cute YouTube video is a great place to start.

Instead, this will look at the potential ways that quantum computing may change the IT industry, what it might look like for Australia, and how you can be ready to benefit from the changes that it will bring.

Quantum computing has not been able to escape the hype.

According to Gartner’s 2020 Hypecycle for Compute Infrastructure, it is sitting right at the top of the peak of inflated expectations, despite being the furthest tech in the report from a plateau.

Quantum computers today are where classical computers were in the 1950s. Think those ENIAC room-sized computers with specific use-cases that take specialist knowledge and scientific know-how to be able to control them even a little.

We are at the edge of the noisy, intermediate-scale quantum (NISQ) era in which quantum computers will consist of 50-100 qubits, be partially fault-tolerant, and do some very specific things very well.

All that is to say, we’ve reached a new level but there’s still a long way to go.

The most common ‘superconductor’ quantum computers need to be kept at nearly absolute zero (-273.15°C), a big barrier to wider commercialisation.

However, Dr Mohammad Choucair, the chief executive of Archer Materials, a company working on a room-temperature quantum processor, objected when I suggested that commercially available quantum computers are a distant future.

“There already are quantum computers and they are available. You can log on and use one at IBM. There’s a myth out there that you can’t access quantum computing, but that’s nonsense. Companies like IBM have taken it out of the ivory tower. There are billions of quantum circuits being run every day, there are half a million downloads, 250,000 users of Qiskit (the open-source quantum software development kit)," he said.

He’s talking about cloud quantum computing where companies with quantum computers, like IBM, allow people to try out various algorithms or control methods through digital infrastructure.

It’s a highly limited form of access and I would hesitate to ascribe the label ‘commercially available’ but I take Choucair’s point - there are definitely certain things that can be done and more to come down the line, but it is not going to make a difference to Joe or Jane Service Provider just yet.

“I'm challenged by seeing how in the near term the technology lives up to the hype because it is going to take us a long time to really do useful things and production things out of this technology,” said chief executive Nicholas Therkelsen-Terry

He explained that in the (relatively) near future, use-cases for quantum computing will be very similar to those for high-performance computing (HPC).

“Areas that are ubiquitous in the enterprise like simulations, digital twins, cybersecurity, etc. Complex problems – looking for a needle in a haystack. Those will be the areas we see quantum effect first, but there's a certain lead time.”

It could well be that, similarly to AI/ML, we will start to see vendors slapping ‘quantum’ on their offerings and claiming to be the world’s first but, as Therkelsen-Terry put it, “I would be sceptical of anyone saying there's quantum inside anything for a few years.

“We're not doing the same thing in classical computing as we do in quantum computing – It's a totally new realm.”

Archer Materials are not the only Australian company working on bringing quantum processors that function at room temperature to life.

Quantum Brilliance was founded as a startup that is working on using diamond technology to achieve that lofty goal. Co-founder and chief executive Dr Andrew Horsley said that a slightly different approach may bring quantum computing into the mainstream sooner than expected.

Rather than aiming for the biggest quantum computer with the most qubits, he sees the quickest path to commercialisation through creating smaller qubit processors that can be installed like any other piece of infrastructure hardware.

This can be done both in the data centre and at the edge.

“In the context of cloud-based quantum computing, it’s going from having one or two quantum computers in the next room to having 1000s of quantum processors, just like you have 1000s of CPUs and GPUs in a data centre or supercomputer, all in racks tightly integrated with one another.

Another approach is installing one or two low-qubit processors alongside a GPU or CPU in an edge device as what Horsley calls “quantum accelerators”, allowing for certain aspects of processing to benefit from the quantum advantage, while still using classical compute for the rest.

In fact, this is exactly what Quantum Brilliance is doing with one Australian SaaS company.

“We're working with a camera-based edge compute company called Trellis Data, exploring with them how quantum fits into their machine learning-based approaches and hitting some of the pain points where classical compute isn't very suitable or efficient for them.

“One of the problems with quantum computing is that we can only deal with a relatively small number of input and output parameters. One of its strengths is that we can deal very efficiently with highly correlated data. You can take a huge amount of input data and put that through a [classical] neural network, and what comes out at the end is a highly correlated set of data that you need to then do some inferencing on. Then that's where that few 10s of cubits is able to add a lot of value.”

Horsley said that this “changes the question of when a quantum computer becomes useful because we don't have to wait until we have hundreds or thousands of qubits and quantum error correction. Even tens of qubits can pass over that threshold into a device that isn't just helpful for understanding quantum computing, but it's actually in a box, solving your problems faster.”

What should we do now?

Although Australia has been a leader when it comes to quantum science, we are at risk of losing out to international efforts when it comes to the tricky task of translating that science into industry.

Dr Chris Ferrie is an associate professor of the University of Technology Sydney’s Centre for Quantum Software and Information and he explained the value that maintaining our leadership will bring to Australia’s IT industry as a whole.

“Technology has this way of creating unforeseen spin-offs in the effort to do something large and grand. We risk not seeing all of that spin-off technology, including all of the knowledge and brainpower that will be attracted here and made here.

“We have the internet and WiFi and the cell phone and all of this technology that nobody intended to make. They were all built to solve some small problem on the way to some large goal.”

Where there are problem solvers, there are solutions. If those solutions are born in Australia, our systems integrators and services providers would be first in line to take this new tech to market, both nationally and globally.

As Therkelsen-Terry put it, “we helped build this stuff and the last thing we want it for Silicon Valley to take all the awards again.”

While government grants for endeavours like startups working on commercialising quantum tech would be hugely beneficial, one of the most valuable things that we can do right now is start talking and learning.

You no longer have to be a quantum physicist to learn how to work with quantum systems.

Ferrie told me that he is currently teaching a course on how to code for quantum computers to students who may have never taken any tertiary physics papers.

“You don't need to understand how to change the state of a transistor to write an app for smartphones,” Ferrie explained.

“The paradigm shift is going to be when we create tools, layers of abstraction, and develop some quantum programming language that doesn't require you to know quantum physics. Then people will use those tools and create something.”

Reaching out to companies that are developing innovative quantum solutions and talking about ways that they might fit into your own bespoke solutions can help to develop the quantum community and generate vital knowledge within the industry as it evolves.

“It’s now about how strong an ecosystem we can build here in Australia versus other parts of the world,” Horsley said.

“Not just the companies coming out from universities and spinning things out, but companies like Trellis Data that are coming in and interacting with quantum for the first time. It's not going to kill us without additional government support, but we have an opportunity to create a stronger ecosystem at the moment – it's one of those tipping points.

It is important to remember that quantum computing is not going to burst onto the scene and revolutionise everything overnight.

Like any technology, it will take time, money, skill and collaboration, and the benefits will likely creep up slowly until one day we look back and realise how far we’ve come.

After the science and beyond the hype, it is certain that quantum computing will change things, but to capitalise on that change a delicate balance of patience and proactiveness needs to be struck.

“If you think back to 2006, it doesn’t seem that different. But in reality, it's extremely different. Now we walk around with, what was in 2006, a supercomputer. Everyone's got one in their hand. But that transition was slow enough that people don't really notice. So the same thing will happen with quantum technology.

“It's just going to contribute to the standard pace of progress”

Grabbing the hybrid cloud opportunity with Lenovo and Azure Services
By Ben Moore
Mar 22 2021
7:15AM