5 cool Microsoft Teams features you need to know about 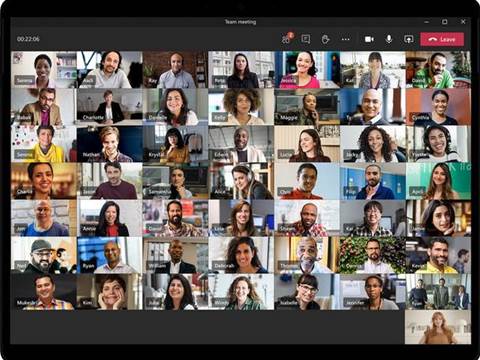 New Microsoft Teams features launching this month and coming soon focus on making Teams easier to access, giving users even more reasons to use the collaboration app. The updates range from simplifying how to use the Teams app with a telephone network to enabling control over which data center stores information from Teams. Other new Microsoft Teams features include a live transcription capability for Teams meetings that overcomes what Microsoft has called “one of the toughest challenges in the industry.” And, upgrades around visual and audio options in Teams can create greater access for users with visual and auditory disabilities, according to a recent Microsoft blog post.

Partners have told CRN that more use cases and integrations with Teams makes building solutions for customers easier. While “there’s no money to be made in individual new features” for the collaboration app, “customers need a strategy around Teams,” Matt Scherocman, president of Interlink Cloud Advisors, a Microsoft Gold partner based in Mason, Ohio, has told CRN. “We’re still teaching how to use the tools.”

Here’s what to know about five of the coolest new Microsoft Teams features. 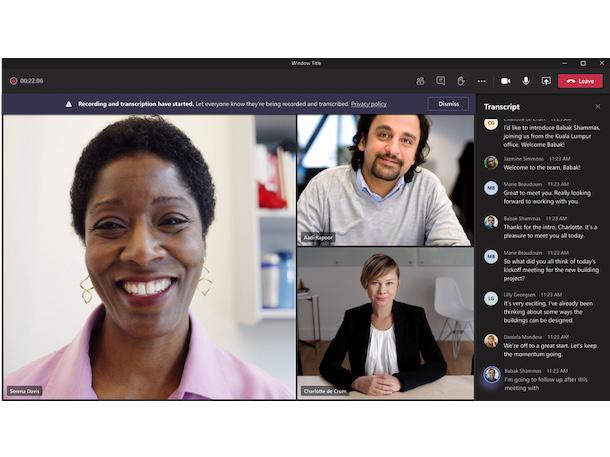 “Delivering live transcription with high accuracy, minimal latency, and cost efficiency at enterprise scale has been one of the toughest challenges in the industry,” Shalendra Chhabram, Microsoft’s lead principal program manager for delivering intelligence in Teams meetings, said in a March blog post.

“Over the last two years we’ve made significant strides in solving this problem and have dramatically improved our models for accuracy using meeting context in real time and cutting edge AI,” she said.

No one at Microsoft is able to see the meeting’s content and information isn’t stored, the company said. Attendees can also hide the live transcription window and can turn off speaker attribution in their settings. Next quarter will see a number of expansions to how people use Teams for calls, Microsoft said. Users will have endpoint transfer abilities to move calls between different devices without interruption to service or quality, while Teams Admins will gain new bandwidth controls to put limits on remote users, according to Microsoft.

Meanwhile, Operator Connect--a service that simplifies how users can use Teams with their traditional circuit-switched telephone network--is entering public preview as of next quarter, Microsoft said. Users can save money on phone hardware and keep preferred operators and contract, and administrators can assign phone numbers to users from the Teams Admin Center, according to Microsoft. Telephone partners signed up so far include Verizon, NTT and Pure IP.

The forthcoming Teams calling updates build on recent enhancements to the service giving Teams more of a feature parity with other private branch exchanges, Ron Jones, practice director for Microsoft modern productivity at St. Louis-based solution provider Perficient, told CRN previously. “With advancements of direct routing and media optimization, they are definitely making it easier than ever to switch over to Microsoft’s Phone System,” Jones said. Commercial Teams users can also expect a preview for end-to-end encryption of sensitive one-to-one voice over IP calls to arrive soon, Microsoft said. The feature is also planned to expand to online meetings at some point, according to the company.

Meanwhile, Microsoft announced a public preview for Customer Key for Teams--allowing organizations to provide and control encryption keys--while in the spring, meeting organizers will gain the ability to disable individual attendees’ video to manage disruptions.

In March, Microsoft began the rollout of Safe Links features for joining Teams. A feature in the Microsoft Defender for Office 365 solution, Safe Links can scan web addresses and should protect Teams users from malicious sites shared in Teams chats and channels, according to the company.

Additionally, a recent Teams integration with Azure Sentinel provides users with intelligent security analytics across the enterprise, Microsoft said. Azure Sentinel can now detect a threat, open a ticket and post an alert to a Teams security operations channel. Assistance with seeing and listening

This summer, Microsoft Teams intelligent speakers that can identify and differentiate the voices of up to 10 people in a Teams Room will become available.

Microsoft has also updated the Teams mobile app to switch to a dark theme automatically, and to provide suggestions in search and pin chats so that people with low vision can more easily use a screen reader and magnification. The updates are arriving first on the iOS Teams app, then on the Android version.

Meanwhile, AI-based noise suppression in Teams meeting is now generally available for desktop users so that colleagues can hear attendees in noisy rooms.

Dynamic view, set to arrive soon for commercial and Government Community Cloud users, will allow users to see presentations, attendees and other elements in one view, Microsoft said. And, an auto-adjust option will change the dimensions of elements to maintain the single-view as people join the call. Teams displays — dedicated touch screen devices for running Teams calls and meetings, while managing schedules and notifications — now allow users to change backgrounds in Teams meetings with a tap on the screen, Microsoft said. Teams displays now come with the live emoji reactions in Teams on other devices, and can provide quick response options--such as “thank you” and “I understand”--for users in chats.

Grabbing the hybrid cloud opportunity with Lenovo and Azure Services
By Wade Tyler Millward
Mar 29 2021
7:10AM