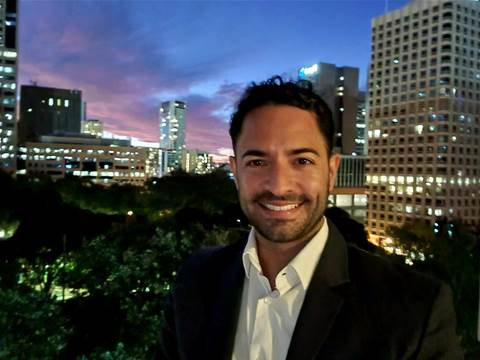 Based in Sydney, Rosa worked for the SolarWinds MSP subsidiary in APAC for seven years, moving from account manager to sales manager and then to running the company’s channel business.

Prior to that, he worked for a US-based IT services provider called Cbeyond before a short stint as a BDM for Dimension Data in Sydney.

Rosa told CRN he joined Logmein because he believes in the “company’s ‘mission’ of making it possible for millions of people and businesses around the globe to do their best work from anywhere.”

“As the world evolves, people should have the capability to work at their best in a secure fashion – whenever, wherever and however. In my seven years’ experience working with MSPs in the ANZ channel, I have seen a significant shift towards cloud software and services, requiring a greater need for security tools and credential management,” Rosa said.

“Given that the majority of online security breaches come from poor password hygiene, my focus will be to provide our LastPass password management solution to MSPs in Australia and New Zealand through LogMeIn’s channel program. This will help bridge a gap where security is lacking for so many businesses.”

Last year, Logmein opened up LastPass to MSPs, its enterprise password management and single sign-on solution, by adding access to sub-account functionality built into LastPass for a single view over multiple managed accounts. It also added the design and billing features necessary for the market.

According to a statement from Logmein, this new hire is further evidence of LogMeIn investing in enabling MSPs to help their customers and doing so with a broader/global footprint.

“We know that MSPs are on the front lines of enabling businesses and their employees to thrive in the new ‘work from anywhere’ environment,” a spokesperson from the company said.

“Because LogMeIn is strategically aligned to support MSPs in this new normal, we'll continue to deploy MSP-centric solutions and make them accessible through innovative partners.”

The LogMeIn Partner Network was launched in 2017 to enable different types of channel partners and distributors to offer LogMeIn products to their respective partners, customers and prospects.