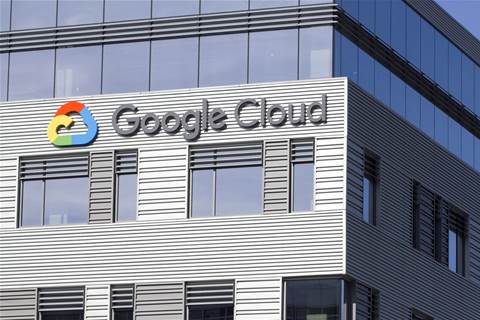 “We continue to see strong performance across both Google Cloud Platform (GCP) and Workspace…with GCP’s revenue growth rate once again meaningfully above cloud overall,” Alphabet and Google CEO Sundar Pichai said during an earnings call with analysts today. “We’ve continued to unlock the value of the Google ecosystem by signing multi-year, multi-product partnerships with companies like Global Payments and Grupo Globo. And just yesterday, we announced a new Google-wide partnership with Univision, which is migrating to our cloud.”

Google Cloud’s operating loss narrowed in the first quarter, which ended March 31, moving to US$974 million from US$1.73 billion in last year’s initial quarter. In February, the Mountain View, Calif.-based company for the first time broke out the results for its Google Cloud business – which includes GCP and Google Workspace (formerly G Suite) -- when reporting its fourth-quarter and full-year results for 2020.

“Their growth mirrors what we’re seeing with our customers: Cloud adoption and digital transformation was accelerated by the COVID-19 pandemic, creating demand for greater agility, efficiency and more powerful ways to leverage their data,” Angell said.

Google Cloud sees three distinct market trends shaping its growth and driving its product and go-to-market strategy, including strong customer momentum for its data offerings, according to Pichai.

“Our expertise in real-time data and analytics is winning companies like Twitter and Ingersoll Rand, who are moving their complex data workloads to Google Cloud,” Pichai said. “Our strength in AI and ML is also helping financial services customers like HSBC, Commerce Bank, SEB Group and BBVA improve efficiency of payments, reduce fraud and risk, and deliver faster payment solutions.”

“We are seeing customers wanting a robust infrastructure cloud in order to create operational efficiencies and reduce IT costs,” he said. “We are winning large IT transformation deals with the companies that are migrating their data centers to Google Cloud. Multi-cloud remains a differentiator, as it provides the easiest and most open development environment for customers…allowing them to access and move their data between various clouds.”

Google Cloud also continues to deliver helpful innovations to enable hybrid work with Google Workspace, including digital tools for frontline workers such as nurses and retail store employees, as well as new security offerings, according to Pichai.

“These innovations have helped grow our revenue per seat and the number of seats in the last quarter,” he said, noting Google Workspace is being adopted by customers including Sunlife in financial services and Airbus in manufacturing and aviation.

Alphabet reported overall revenue of US$55.3 billion for the first quarter — a 34.2 percent increase from its US$41.2 billion in revenue for the same quarter last year — topping analyst forecasts by US$3.6 billion. The increase reflects elevated consumer activity online and broad-based increases in advertiser spending within Google services, as well as ongoing strength in Google Cloud, according to Ruth Porat, chief financial officer for Alphabet and Google.

“Our very strong financial results in the first quarter reflect both lapping the impact of COVID on our business beginning in March 2020, as well as the benefit of excellent underlying operating performance,” Porat said.

In some parts of the world, the economy has started to rebound, which “created a rising tide in the first quarter that benefited a number of sectors, including existing and emerging companies and partners,” according to Pichai.

“For example, data suggests that investment in startups is at an all-time high,” he said. “Our product releases are returning to a regular cadence.”

Google last month said it planned to invest more than US$7 billion in U.S. offices and data centers and create at least 10,000 new full-time jobs across 19 states this year.

“We’ve been very clear we do value bringing people together in the office, and we’re looking at a hybrid work-from-home, work-from-office model,” Porat said. “As we look forward at developing our real estate…for offices, what we factor into it is first we are growing our headcount, we are looking at less density per employee. Even with a hybrid work environment, we will continue to need space, and so we’re continuing to build out our campuses and office facilities.”

Alphabet today also announced a large buyback program, saying it would repurchase up to an additional US$50 billion of its Class C capital stock. The repurchases are expected to be executed from time to time through open market purchases or privately negotiated transactions, the company said.

Google will hold its annual developer conference, Google I/O, virtually from May 18-20 after cancelling it last year due to concerns about the coronavirus pandemic.