Michael Dell to own 41 percent of VMware after spin-off 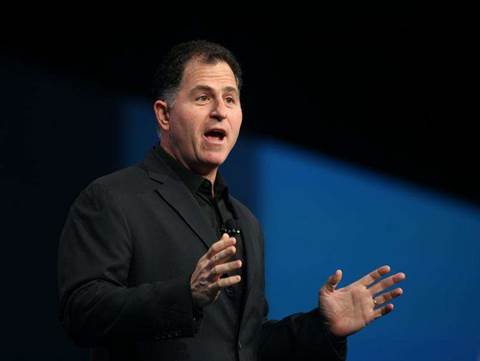 Dell Technologies is not selling off VMware or shedding the company completely by spinning off Dell’s 81 percent stake in VMware. In fact, Dell CEO Michael Dell and private equity partner Silver Lake Partners will retain a majority stake in VMware following its spin-off later this year.

When Dell Technologies completes its spin-offs of VMware, Michael Dell is set to own approximately 41 percent of VMware, sources confirmed with CRN. Dell’s longtime private equity partner Silver Lake will hold an 11 percent stake in VMware following the spin-off, meaning Michael Dell and his private equity partner will own approximately 52 percent of VMware.

“The job of a CEO and a chairman is to increase shareholder value and that’s really what’s Michael’s done both for people that own VMware stock, Dell stock and definitely his own personal portfolio,” said Zeus Kerravala, principal analyst at ZK Research. “As a CEO who’s responsible for driving shareholder value, which includes his own, you have to give him an A-plus here. There’s no other grade to give him.”

Michael Dell will not only be the largest single VMware stakeholder, but will also retain his position as VMware’s chairman of the board following the closure of the spin-off.

“Michael is a creative financial genius,” said one former Dell employee who is now a top executive at a Dell Titanium channel partner, who did not want to be identified. “His personal wealth is increasing by billions because he makes these types of long-term, highly complex decisions – like taking Dell private, buying EMC, making Dell public, retiring VMware tracking stock, having VMware pay down his debt, somehow increasing shareholder value through it all – it’s incredible. He is so much more wealthier and holds more power now compared to just a few years ago.”

“When you think about where Dell’s was in 2013, 2014 to where Dell Technologies is today – and we’re talking Dell Technologies now, not just Dell PCs and servers – it’s unprecedented,” said the executive. “He’ll come out of the [VMware spin-off] even better off than before. It’s just what he does.”

Kerravala said Michael Dell’s business and investor track record will allow Dell Technologies, once again, to reach new heights following the Dell-VMware spin-off. For example, Kerravala said when Dell announced his plan to buy EMC in 2015, the move was initially criticized because there had never been an IT deal that generated so much debt.

“No one has been managing supply chain and managing costs better than Dell. He was able to take on that big debt load and managed to come out the other side of it,” he said. “Every time you do one of these events – like going from private to public or public to private -- lot of companies lose investor confidence. But for whatever reason on Michael Dell’s side, he seems to increase investor confidence in him because he’s been so successful at it. He’s used those vehicles as best as you can.”

With VMware’s special cash dividend and Dell’s commitment to pay down US$5 billion of its US$29 billion core debt during its current fiscal year, Dell can reduce its debt by US$14.5 billion by the end of 2021. By paying down more of its US$29 billion in core debt, Dell is getting closer toward an investment-grade credit rating, an achievement it hasn’t held since Michael Dell took the company private in 2013.

“By spinning off VMware, we expect to drive additional growth opportunities for Dell Technologies as well as VMware, and unlock significant value for stakeholders,” said Michael Dell in a recent statement. “Both companies will remain important partners, providing Dell Technologies with a differentiated advantage in how we bring solutions to customers. At the same time, Dell Technologies will continue to modernize its core infrastructure and PC businesses and embrace new opportunities through an open ecosystem to grow in hybrid and private cloud, edge and telecom.”