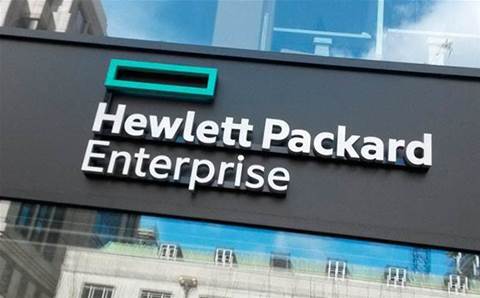 “We’re glad other vendors are recognizing the customer need for an as-a-service model to help accelerate digital transformation,” said HPE Senior President and General Manager of the GreenLake Business Keith White in a prepared statement. “While HPE welcomes Dell’s entry into the as-a-service market, HPE made the pivot to address this customer need 3 plus years ago and has been delivering on this vision.”

White called the GreenLake Cloud Services portfolio – which began as HPE FlexCapacity in 2016 – the “market’s most established as-a-service offering on-premises, with a fully-fledged self-service platform” with GreenLake Central and cloud services offering for multiple workloads.

White also pointed to HPE’s rich channel and ISV relationships for the GreenLake platform which are helping to drive increasing momentum for the on premise cloud services platform.

HPE’s GreenLake cloud services were up 116 percent year over year in the channel in the most recent quarter with the number of active partners up 62 percent.

The GreenLake channel mix – which was in the single-digit range several years ago –hit 29 percent in the most recent quarter, up 11 points year over year.

White said HPE- which unveiled its Data Services Cloud Console and storage data services platform on Tuesday- that HPE has already “been delivering Storage-as-a-Service for years, allowing customers to unleash the power of their data wherever it resides.”

White said HPE just took the storage-as-a-service offering to the next level with its Unified DataOps vision, Data Services Cloud Console, and HPE Alletra – which all together bring “cloud operational agility to data- wherever it resides. “Customers can now maximize agility and innovate faster than ever before with the cloud experience where their data lives,” he said.

HPE partners, for their part, said the edge to cloud platform as a service powerhouse has a substantial head start in the everything as a services market versus Dell.