US to give ransomware hacks similar priority as terrorism 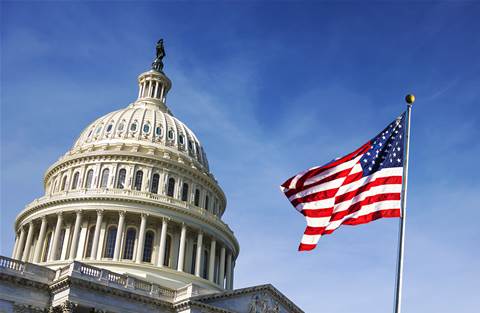 The U.S. Department of Justice is elevating investigations of ransomware attacks to a similar priority as terrorism in the wake of the Colonial Pipeline hack and mounting damage caused by cyber criminals, a senior department official told Reuters.

Internal guidance sent on Thursday to U.S. attorney's offices across the country said information about ransomware investigations in the field should be centrally coordinated with a recently created task force in Washington.

"It's a specialised process to ensure we track all ransomware cases regardless of where it may be referred in this country, so you can make the connections between actors and work your way up to disrupt the whole chain," said John Carlin, principle associate deputy attorney general at the Justice Department.

Last month, a cyber criminal group that the U.S. authorities said operates from Russia, penetrated the pipeline operator on the U.S. East Coast, locking its systems and demanding a ransom. The hack caused a shutdown lasting several days, led to a spike in gas prices, panic buying and localised fuel shortages in the southeast.

Colonial Pipeline decided to pay the hackers who invaded their systems nearly US$5 million to regain access, the company said.

The DOJ guidance specifically refers to Colonial as an example of the "growing threat that ransomware and digital extortion pose to the nation."

"To ensure we can make necessary connections across national and global cases and investigations, and to allow us to develop a comprehensive picture of the national and economic security threats we face, we must enhance and centralize our internal tracking," said the guidance seen by Reuters and previously unreported.

The Justice Department's decision to push ransomware into this special process illustrates how the issue is being prioritised, U.S. officials said.

"We've used this model around terrorism before but never with ransomware," said Carlin. The process has typically been reserved for a short list of topics, including national security cases, legal experts said.

In practice, it means that investigators in U.S. attorney's offices handling ransomware attacks will be expected to share both updated case details and active technical information with leaders in Washington.

The guidance also asks the offices to look at and include other investigations focused on the larger cybercrime ecosystem.

A botnet is a group of compromised internet-connected devices that can be manipulated to cause digital havoc. Hackers build, buy and rent out botnets in order to conduct cyber crimes ranging from advertising fraud to large cyberattacks.

"We really want to make sure prosecutors and criminal investigators report and are tracking ... cryptocurrency exchanges, illicit online forums or marketplaces where people are selling hacking tools, network access credentials - going after the botnets that serve multiple purposes," said Carlin.

Grow your software revenue by selling these 5 affordable, essential tools for the modern workplace
By Christopher Bing
Jun 4 2021
6:20AM