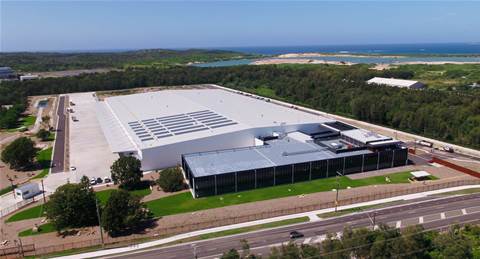 Dicker Data chief executive and founder David Dicker has released an operational and financial update for the first half of 2021 showing that the company has grown its revenue and profit, despite the challenges of the component shortage.

VMware was announced to already be in its top 20 vendors since the company onboarded the brand this April.

The distribution powerhouse has posted an unaudited revenue of $1.07 billion, a 6.4 percent increase in revenue over the same period last year, with an estimated pre-tax profit of $45 million, an increase of 7.1 percent.

The company called this a strong result despite the supply restraints that caused a flat first quarter for the year.

“Whilst supply constraints continue, our ability to forecast and manage allocation of stock improved over the course of the second quarter and is reflected in the result. There is still a significant backlog of orders that we expect to fulfil in the second half of 2021,” a statement from Dicker Data read.

It outlined the challenges presented by the chip shortage, including the lower allocations that APAC is seeing compared to the US and Europe and that it is not likely to end in “the foreseeable future.”

Dicker attributed the company’s ongoing success to its ability to forecast and work with vendors to secure stock, and customers to manage expectations.

He went on to outline the opportunities that have arised in the growth of the digital-first technologies, hybrid work models, and cybersecurity markets, calling out the latter as being a continued key focus.

He also outlined what he saw as anticipated growth-areas in automation, machine learning, and data capture and analysis tools.

“As part of our commitment and role in supporting the Australian and New Zealand (ANZ) technology channel, including our vendor and reseller partner communities, Dicker Data will continue to evolve and differentiate its offerings and be the catalyst for the adoption of new, cutting edge technologies,” he said in the statement.