Behind Arq Group's move into Canberra 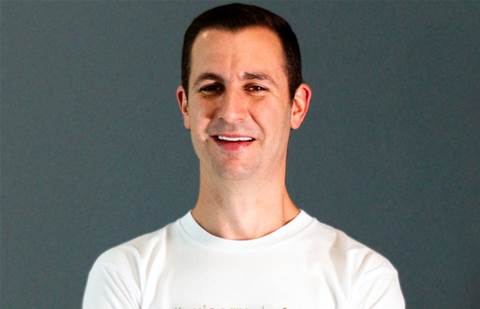 Canberra has been a strong hub for the IT sector largely due to the amount of IT and consulting work available, and the Australian IT channel has established a strong presence in the territory to take advantage of the opportunities.

A recent report from the Australian Computer Society (ACS) earlier this year found that the Australian Capital Territory has the country’s largest proportion of ICT workers at 12.8 percent, more than double the national share of 6.2 percent.

And that is what digital consultancy services company Arq Group is looking to tap into with its expansion into Canberra.

Last month, the company posted a job opening for a new role, Director for Canberra, which aims to drive further growth for Arq in the territory.

“We pride ourselves very much on being a local company with a hometown advantage,” Arq Group chief executive Tristan Sternson told CRN.

“We’re an Australian company with the size and capability of all the big global consulting firms in what we do locally, so we feel we want to change Australia and give back to the economy.”

Arq Group was one of four systems integrators tapped by Services Australia to carry out its $200 million myGov rebuild through its multi-vendor panel, CRN sister site iTnews reported earlier this month. The other panellists were Deloitte, Accenture and IBM.

Sternson said being the only Australian company on the panel was “amazing” and good recognition that corporates have been seeing for years.

“Doing stuff for government is really important because you can really make an impact in Australia,” Sternson added.

“Our three key value pillars are impact, local and innovation and when put together, we know we can make a real difference to the country.”

Beyond the MyGov panel, Arq Group is also aiming to get on as many panels as it can. Sternson said the company already works with the Office of Parliament and Cabinet, the CSIRO and a number of state governments.

In March, Arq acquired Sydney-headquartered consultancy Diaxion to bolster its government business, which already brought in some Federal Government work as well as one of the trusted providers in the space.

“That was one of main reasons we acquired Diaxion because it helped us get into that market and they are very trusted as an advisor in [Canberra],” Sternson said.

Arq Group does have a few staff working on Canberra-based projects, with partner for New South Wales Adam Kennedy doing some work in the region. The new Canberra director will report to Kennedy once a candidate is hired.

“Kennedy had been spending a lot of time in Canberra, but we don’t have that many people physically on the ground due to the COVID-19 pandemic,” Sternson said.

“We’ve probably got five or ten physically on the ground in Canberra but have around 20 to 30 staff across projects in Canberra. The aim is to hire the local director and also hire more staff across senior and junior roles.”

While most of the Canberra projects staff are working remotely, Sternson said over time Arq would look to get them to be physically in Canberra permanently to fill the new office there.