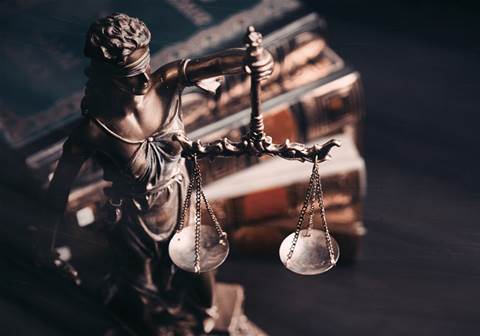 Proofpoint has sued a former high-ranking channel executive to prevent him from working for rival Abnormal Security and misusing confidential information he allegedly took from Proofpoint.

The email security vendor has accused ex-Director of National Partner Sales Samuel Boone of covertly taking and disseminating Proofpoint’s playbook for how to compete with Abnormal Security, where he started in May as director of channels. The company said Boone unlawfully shared a “battlecard” that outlines Proofpoint’s strategies for competing with Abnormal’s sales tactics, according to court documents.

“Before heading out the door, Boone pocketed a USB thumb drive to which he covertly misappropriated dozens of Proofpoint’s most closely guarded proprietary documents,” Proofpoint wrote in a filing Thursday with the U.S. District Court in Texas. “Boone then shared at least one of the key documents in Proofpoint’s playbook with Abnormal to give him and his new employer an unfair competitive edge.”

Proofpoint sued Boone in federal court Thursday to prevent him from working for Abnormal or using Proofpoint’s confidential information until an arbitration hearing takes place. In the arbitration process, which commenced July 23, Proofpoint is looking to enforce a 12-month non-compete agreement a non-solicitation agreement Boone allegedly signed and ensure the confidential material he took is returned.

Proofpoint declined to comment, while Abnormal Security and Boone didn’t immediately respond to requests for comment from CRN. The allegations Proofpoint made in its petition for temporary injunctive relief were verified as factually true and correct by Joe Sykora, Proofpoint’s senior vice president of worldwide channel and partner sales. Sykora didn’t immediately respond to CRN requests for comment.

Abnormal Security wasn’t named as a defendant in the court filings, though Proofpoint alleges that Abnormal tried to poach at least six Proofpoint employees – including account executives and a senior vice president – since October 2020 in violation of their post-employment confidentiality agreements. Abnormal can scan customers’ delivered emails in programs like Office 365 for certain types of threats.

Boone signed non-compete and non-solicitation agreements with Proofpoint in December 2013 before joining as a senior channel account manager, and four years later assumed responsibility for the firm’s largest channel partners, including one who contributed $150 million of annual revenue. In that role, Boone had access to custom pricing and business strategies, end user lists, and competitive research.

After Boone’s last day of work at Proofpoint April 30, he allegedly took the USB thumb drive with him to Abnormal and circulated Proofpoint’s proprietary information among Abnormal sales leaders and engineers through the company’s internal system. Boone admitted that he shared, at minimum, the battlecard with Abnormal, according to Proofpoint.

At Proofpoint’s request, Boone has reportedly returned the USB device containing some of Proofpoint’s information back to the company. But Proofpoint said there’s no practical way of knowing whether Boone retained copies of what he took or whether he has disseminated more proprietary information to Abnormal than he has admitted.

After learning that Boone had taken proprietary information with him to Abnormal, Proofpoint said it immediately sent a cease-and-desist letter to both Boone and Abnormal. In response, Proofpoint said Abnormal placed Boone on administrative leave pending investigation.

Proofpoint said it and Abnormal continued to investigate the extent of Boone’s misdeeds, with Proofpoint suggesting a forensics protocol for sequestering and remediating and proprietary information Boone has taken. But Proofpoint said Boone rejected the company’s proposed protocol.

In response, Proofpoint filed a demand for arbitration against Boone on July 23. That same day, Proofpoint said it learned from Abnormal’s counsel that Boone had resumed working for the company. Proofpoint agreed in April to be acquired by private equity giant Thoma Bravo for $12.3 billion.

“Boone threatens to inflict incalculable long-term competitive harm on Proofpoint by working for a direct competitor and without Proofpoint knowing the full nature and extent of its confidential and proprietary documents that he has in his possession and disseminated to Abnormal,” Proofpoint wrote in a filing Thursday.

Proofpoint alleged that at least two other former employees also unlawfully accessed and downloaded the company’s proprietary information on their way to Abnormal. Pre-sales support engineer Albert Ayala allegedly accessed Proofpoint’s competitive sales brief on Abnormal, a battlecard, and a capability matrix in the weeks prior to joining Abnormal in April as technical customer success manager.

In addition, mid-enterprise account executive Manami Kidera allegedly accessed Proofpoint’s competitive sales brief for Abnormal before starting at Abnormal in the same role. Proofpoint said Kidera admitted to sending Proofpoint information to her personal email account and creating Google Sheets to track data related to Proofpoint’s partners, which she continues to use while at Abnormal.

Ayala and Kidera didn’t immediately respond to requests for comment from CRN. Neither is named as a defendant in Proofpoint’s lawsuit against Boone.

Eliminating departmental friction within MSPs
By Michael Novinson
Aug 2 2021
6:41AM