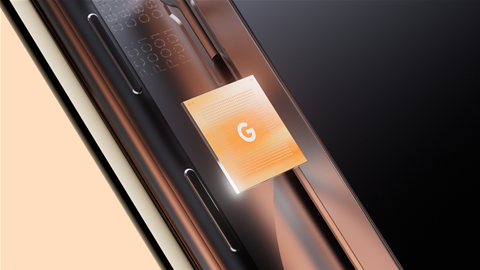 (Reuters) - Alphabet Inc's Google will use processors designed in-house for its Pixel phones launching later this fall, in a shift away from Qualcomm Inc's technology that has powered the search giant's Android devices for more than 15 years.

The processor, called Tensor, will power the Pixel 6 and Pixel 6 Pro phones, Google said in a blog post, with the company set to disclose more details closer to the release.

"As more and more features are powered by AI and ML it’s not simply about adding more computing resources, it’s about using that ML to unlock specific experiences for our Pixel users," the post read.

"The team that designed our silicon wanted to make Pixel even more capable. For example, with Tensor we thought about every piece of the chip and customized it to run Google's computational photography models. For users, this means entirely new features, plus improvements to existing ones ... And with Tensor’s new security core and Titan M2, Pixel 6 will have the most layers of hardware security in any phone."

Shares of Qualcomm, the world's largest maker of wireless chips for smartphones, were down marginally in afternoon trading.

Google said the next Pixel phone, 5a, would still have a Qualcomm processor.

"We will continue to work closely with Google on existing and future products based on Snapdragon platforms," a Qualcomm spokesperson said in a statement.

Last year, Apple Inc started using its own central processor designed for Macs, in a step away from chipmaker Intel Corp.

(Reporting by Chavi Mehta and Akanksha Rana in Bengaluru; Editing by Devika Syamnath)