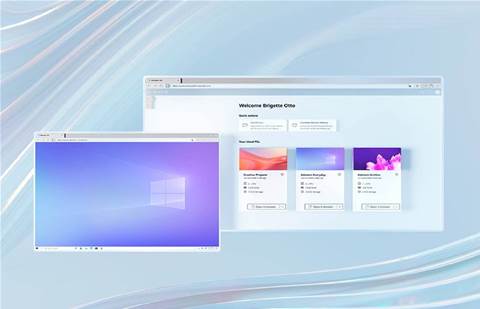 It’s been a big year for Microsoft announcements, with the long anticipated Windows 365 cloud PC and the new Windows 11 OS both being announced.

For the third episode of the CRN podcast, we had a chat with experts from three Microsoft partners – TribeTech chief software architect Nick Beaugeard, Catalytic IT director Mike Lester, and Eighty20 solutions modern workplace and security practice lead Neil Griffiths – about what might be exciting or challenging with these new offerings.

When Windows 365 was first announced, the reaction of the trio was summed up by Lester, “Finally!”

“It just kind of makes sense continuing on with that Windows everywhere strategy that they've been talking about for a long time,” he said.

Beaugeard explained that an easily deployable virtual Windows desktop was “something we've looked at for years as something to solve.”

For Griffiths, desktop-as-a-service is another positive step in a general trend, “The more things are able to move into a SaaS model and can access other services that are in cloud, like office 365, etc, it's going to give you … an overall a better user experience.”

Beaugeard said that the biggest use case he sees for Windows 365 is companies looking to outsource to other countries.

“You're going to see a really big uptake of this in the MSP community and, at least in our geography down here in Australia and New Zealand, an awful lot of companies which outsource work to India and the Philippines … and they've always wanted to have an on-premise virtual desktop solution so their data isn't leaking out – and here it is.”

Microsoft has been very vocal about the integration of Teams into their new operating system, Windows 11.

While there is a lot that the integration will offer, for example, as Griffiths noted, “it's going to be much faster – the insights at Microsoft have actually provided is that they do expect the performance to be significantly quicker on W365.”

However, “Is it going to transition people away from Zoom to Teams? I don't think it's going to be dramatic. I feel like they do different things,” Lester said.

Beaugeard agreed, “Teams always has been a bigger vision than just voice and video conferencing. There's so many things it does now, there's so many apps we now run with Power Apps now running inside Teams.”

Each of the experts offered interesting tidbits about interesting things Windows 11 can do, but they all said the effort Microsoft is making around security is a great step forward.

“The security offering has been something that's a bit of a sleeper, but it's pretty exciting for us. We think that's going to be a real focus area for us and we think there's a big opportunity for MSPs to run with that,” Lester said.

Beaugeard said that Microsoft is “taking a stance and saying you need modern hardware, it needs to have the hardware security to run this operating system, coupled with a bunch of new whiz-bang things that people will want, I think will probably drive that adoption (of Windows 11).”

A new era of reliability?

One of the criticisms levelled at Microsoft in the past is that they have tended to roll out things that were not always user-ready, but the experts all agree that this has shifted in recent years.

Beaugeard outlined where he thinks the change has come from, “You joke about how Mac's always work, Microsoft stuff doesn't. I think we're seeing that change in quality because they're reaching out and they're getting far more input. People are looking at their code, people are raising issues, things are moving forward at a pace, which is so much faster than it was before.”

When talking about the reliability of updates, Lester also makes the comparison to Apple’s OS, “To drag it back into the Mac world, this notion that users just go from 10.5 to 10.6 to 10.7 and it's just not a thing, people don't really give it that much thought because they're happy that the upgrade process works consistently, it's presented to them, and then off they go. So we're thinking it's going to be somewhat similar for Windows 11.”

Subscribe to The CRN Podcast at Apple Podcasts, Google Podcasts, Spotify, Amazon Podcasts or wherever else good podcasts are found. New episodes will be released every Wednesday.