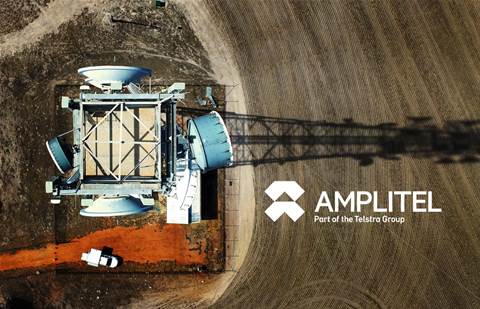 Telstra has announced its InfraCo Towers business has been renamed to “Amplitel” more than a month after selling 49 percent of the unit to a consortium.

In its Telstra Exchange blog, InfraCo Towers chief executive Brendon Riley said the name was a combination of “amplify” and “Telstra”, saying it was reflecting the company’s history and “the increasing importance” of its infrastructure that provides the foundation for wireless connectivity in Australia.

“With the completion of the sale of a 49 per cent non-controlling stake in our towers business, we’re ready to launch the new legal entity that will hold and manage these infrastructure assets, and to welcome Amplitel to the Telstra Group of companies,” Riley said.

“We needed a name that would differentiate our tower business in the infrastructure market, but that would also link to our long history as part of the Telstra Group of companies.”

Amplitel owns some 8,000 physical towers, mast, large pole and antenna mount structures, staking its claim as the largest mobile tower infrastructure provider in Australia. Along with 51 percent of the unit, Telstra also retained ownership of the radio access network and existing spectrum assets.

Chief executive Andrew Penn said in the ASX announcement that realising more value from Telstra’s infrastructure assets was one of the fundamental pillars of Telstra’s T22 strategy, and the new name was another marker of progress.

“This transaction clearly recognises the strength and value of our InfraCo Towers assets, which contains some of the most strategic infrastructure in the country. I am pleased we have been able to complete the transaction together with our new partners,” Penn said.