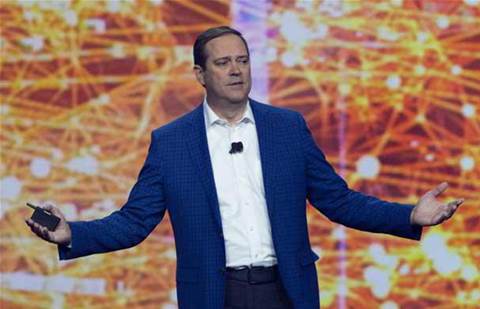 Cisco Systems announced its plans to become a software-first company in 2017 and during its most recent Investor Day this week, the tech giant made good on its promises.

Cisco finished its 2021 fiscal year (July 31) with 31 percent of revenues coming from software and subscriptions accounting for 79 percent of software revenues, exceeding Cisco‘s target of generating two-thirds of its revenue from subscriptions.

Software and service revenue also exceeded Cisco’s target of 50 percent of total revenue, hitting 53 percent at the end of its most recent fiscal year. Those numbers prove that Cisco is now one of the biggest software providers in the world, the company‘s executive leadership team announced during Investor Day 2021.

But subscriptions are just as important as software – the two go hand-in-hand, according to Cisco. In fact, Cisco is now aiming for sales from subscriptions to make up half of its revenue by fiscal 2025, and partners are a huge part of the equation to reach that goal.

Cisco CEO Chuck Robbins and CFO Scott Herren took to the virtual stage this week, flanked by their peers on the executive leadership team, to talk about the importance of subscriptions and what Cisco is doing to further its strategy. Here‘s what the leaders had to say.

“This journey that we‘ve been on to continue to increase our subscription software inside our business – when I took over, we had $3.4 billion in subscription software. We exited last year at almost $12 billion. So, the team did an amazing job. 81 percent of our software is now sold as a subscription, as opposed to, I think it was 40 percent back in 2015," said Robbins.

“I think it‘s [about] sticking with this multi-year technology strategy and continuing to push the business transformation that we’ve been pushing.”

“[I plan to] continue that disciplined financial management and operating efficiency that Cisco has become known for. We‘ve built that skill set. It’s not going to change. I want to maximize the value we create through the course of this transformation by building the amount of subscription and recurring revenue we have, that you can then renew next year, and [stack] new sales on top of that, which not only creates greater revenue growth and greater cash flow growth, it [also] gives us greater visibility and there’s less volatility in our results.”

Cisco chief strategy officer and general manager, applications Liz Centoni said, “Customers want to deliver a cloud experience across a hybrid, multi-cloud world. [They want to] simplify and automate operations, reduce complexity, and have it delivered as a service and managed as a subscription … As users’ devices, applications, and data continues to be more distributed, customers are looking to address a variety of tradeoffs around cost latency, performance, data, sovereignty, globalization, and availability. And they‘re looking to do all of this with a flexible consumption model, and have solutions delivered as a service and through subscription.”

“We‘re a sizable software company. Our subscription business continues to grow, and hence, so does our predictable revenue, and every part from portfolio – not just software – is available and will be available as a service as long as our customers want to consume it that way.”

EVP and chief customer and partner officer Gerri Elliott said, “While growth is the primary goal, how we grow is just as important. We have to continue the transformation journey we‘re on, we need to accelerate our recurring software business, we need to provide flexibility and choice into our offerings and meet the buyers where they are.”

“Every customer, regardless of where they sit in the organization, has three things when they‘re considering new technology: quality, of course, that’s job number one. But they also want a simple, flexible way to buy and consume. And they want to realize the most value in the least amount of time.”

EVP and enterprise networking and cloud general manager Todd Nightingale said, “All of these [technology and buying] transitions are driving momentum for Cisco and we‘re feeling that in our networking business. We’ve seen double-digit growth [in fiscal Q4 2021] in our core enterprise networking space, and that’s a really remarkable result for Cisco.

"The core enterprise networking business is being transformed more and more to a software business. We saw 29 percent of the [networking] business has been transformed to software and two-thirds of that software are now in subscriptions. We’re seeing it not just in our collaboration or security business, we’re seeing in our core networking business. We have huge momentum that is propelling us and will continue to propel us in the future with a million customers as well as 330 million networking devices. That’s an enormous installed base and it represents an enormous opportunity for us.”