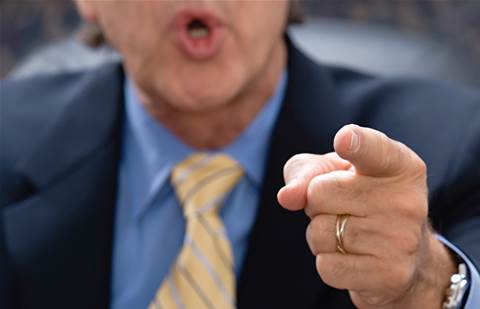 ASX-listed hosting services firm Webcentral is now leveraging its increased holding in Perth managed services provider Cirrus Networks in a bid to get Cirrus shareholders to support its plan for a takeover.

From its initial shareholding of 8.86 percent, Webcentral earlier this month became Cirrus’ largest shareholder after increasing its holdings to 16.74 percent.

In a letter to Cirrus shareholders, Webcentral chairman Joe Gangi made an appeal to vote in favour of the company’s takeover bid while also making fresh attacks to Cirrus’ management and board. The shareholder vote is scheduled for 15 October 2021.

“Cirrus’ board and management have demonstrated themselves to be disengaged and ill-focused, and Webcentral considers them to be disingenuous in representations of a robust and fair sale process on behalf of shareholders,” Gangi said.

“Webcentral management is focused and relentless in its pursuit of EBITDA for which it refuses to make apologies.

“Cirrus’ suite of assets and contracts is a natural and logical fit by type and geography to the existing range of Webcentral assets and operations. Webcentral proposes a reformation of the atrophying of Cirrus’ operations under refreshed and motivated management for the benefit of Cirrus’ shareholders.”

Gangi added that Webcentral and its management team have experience “turning around underperforming businesses”, and also claims to have “deep expertise” in the nature of Cirrus’ current operations.

Webcentral was acquired by ASX-listed 5G Networks (5GN) last year, with most of its leadership taking the reins with Joe Demase serving as chief executive of both companies. The two companies are also set to merge under the Webcentral brand later this year.

In the letter, Gangi said,”5GN was able to gain effective management control of Webcentral with 45 percent of the register and has subsequently reformed its business for the benefit of shareholders as such control demands.”

“The Webcentral share price has recovered from 10 cents to beyond 50 cents since we took control.”

Gangi also took aim at a valuation report commissioned by Cirrus last month, which said the latter was more appropriately valued at between 3.8 cents to 4.2 cents per share. He said the Lonergan Edwards & Associates report “effectively valued” Cirrus at at 2.7 to 2.9 cents per share. In comparison, Webcentral’s takeover offer was for 3.2 cents per share.

Gangi also claimed the report also “effectively” confirmed Cirrus’ poor performance, citing underlying EBITDA of $2.9 million (which included jobkeeper subsidies of $1.6 million) and recommended EBITDA multiples of 6 to 6.5 for valuation, giving an equity value (including $7.7m cash) of $25.5m to $27m or 2.7 cents to 2.9 cents per share.

Webcentral also detailed its reasons for replacing Cirrus’ board directors, alleging that they have not proposed any pathway or strategy to address underperformance, not making an effort to encourage Webcentral to pay more than 3.2 cents per share, and the directors “seem intent only on retaining their board seats”.

“The current board and management have clearly shown that it is ineffective at finding operational efficiencies and profitability. Shareholders have been the losers,” Gangi said.

“The board has also been silent in terms of communicating a clear plan or strategy on how it hopes to bring the business back to profitability. It has said nothing about its discussions with counterparties or the outcome of those discussions. The fact that ‘no competing’ proposal emerged during Webcentral’s takeover bid is telling.

“Webcentral, on the other hand, has plans for Cirrus and firmly believes that it can turn the Cirrus business around. Its experienced executive team has shown in the past that it can effectively take small underperforming technology businesses and guide them towards profitability.”