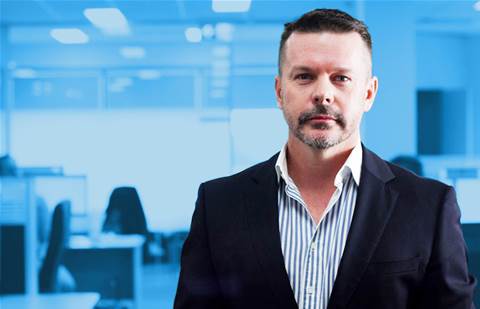 Cirrus Networks has announced that chief executive Matt Sullivan has departed the company after taking a leave of absence last month due to personal reasons.

Interim CEO and chief operating officer Chris McLaughlin will step into the role on a permanent basis, as well as the managing director role.

“It has been an incredible privilege to work alongside Matt on the Cirrus journey. During his tenure he has delivered consistent profitability while growing the business’ top line from circa $19 million in FY16 to $108 million in the most recent financial year,” Cirrus chairman Andrew Milner said.

“Matt remains a trusted advisor to the Cirrus Board, a true friend to many within the company and we wish him every success with his future professional endeavours. More immediately we wish Matt and his family all the best.”

The leadership change comes amid a tumultuous time as Cirrus battles a takeover bid from ASX-listed company Webcentral, which wants to acquire the MSP for 3.2 cents per share or $26 million.

Sullivan has been CEO and MD since 2016 following the departure of Cirrus Networks founder Frank Richmond. He joined Cirrus in 2015 when the company acquired L7 Solutions, a Perth MSP he co-founded with Milner.

Chris McLaughlin, who also spent time at L7 Solutions, joined Cirrus in 2016 as group executive for operations and delivery before moving up to chief operating officer in 2017.

“Looking ahead, in Chris, we are fortunate to have secured the perfect successor to Matt. His 20-plus years of experience, along with his intimate knowledge of Cirrus, make him well-qualified to lead the company at an executive level during the next phase of growth,” Milner added.

“The board thanks Chris for stepping into an acting role in mid-September and we now congratulate him on his permanent appointment.”

Webcentral yesterday went on the attack after announcing it has increased its ownership stake in Cirrus from 8.86 percent to 16.74 percent, accusing the MSP’s board and management of being “disengaged and ill-focused” and “disingenuous” in the representations of the sale process.

The company also used a Cirrus-commissioned independent report from valuation services firm Lonergan Edwards & Associates in its favour, claiming that the findings actually supported Webcentral’s own valuation estimate, saying Cirrus was “effectively valued” at 2.7 to 2.9 cents per share. In comparison, the report itself said Cirrus was valued between 3.8 cents to 4.2 cents per share.

“The Webcentral update includes multiple factual inaccuracies which the Cirrus board highlights below to its shareholders and reminds them that the Webcentral bid was deemed not fair and not reasonable by Lonergan Edwards, the independent expert appointed to formally opine on the Webcentral bid,” Cirrus’ announcement read.

“The [update] selectively quotes the Lonergan Edwards independent expert report in what appears to the Cirrus board to be a clear and deliberate act to mislead Cirrus shareholders.”

Cirrus said the claimed 2.7 to 2.9 cents per share did not account for “significant synergies” its and maintainable earnings base, which the report determined to be EBITDA of $5 million and not the $2.9m EBITDA figure from Webcentral’s update.

The MSP also refuted claims that its stock traded between 2.8 cents to 3.05 cents per share since the close of the Webcentral bid, saying the stock price never dipped below 3 cents and has an 8-day volume weighted average price (VWAP) of 3.2 cents per share.

On the allegations of non-engagement and denial of access, Cirrus said, “Cirrus has provided multiple invitations to Webcentral to engage on terms that are considered reasonable by Cirrus for any party seeking to conduct due diligence on the business, and yet Webcentral has not been prepared to meet those requirements.”