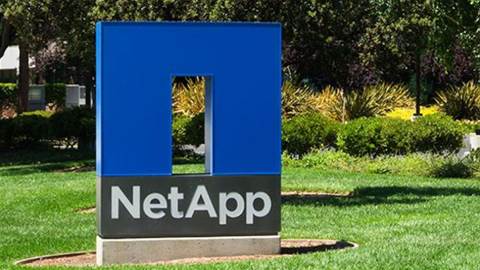 NetApp is beefing up its Amazon Web Services and cloud optimization cost capabilities with the acquisition of CloudCheckr, an AWS Advanced Technical Partner.

The move comes just one month after AWS unveiled the addition of NetApp’s Ontap storage technology as a cloud-native file system. The new technology, Amazon FSx for NetApp Ontap, provides NetApp and non-NetApp customers the chance to run the company’s storage platform in AWS.

NetApp’s acquisition will elevate its cloud automation portfolio of software and services business, Spot by NetApp, by combining cost visibility and reporting from the CloudCheckr platform with NetApp’s continuous cost optimisation and managed services. CloudCheckr boosts the Spot by NetApp portfolio to create a suite of CloudOps services and builds on the company’s recent acquisition of Data Mechanics.

“Managing costs while accelerating cloud applications is a significant challenge for organizations as they work to maximize the ROI of their cloud investments, all while running at cloud speed,” said Anthony Lye, executive vice president and general manager of NetApp’s Public Cloud Services business unit, in a statement.

“By adding cloud billing analytics, cost management capabilities, cloud compliance and security to our CloudOps platform through the acquisition of CloudCheckr, we are enabling organizations to deploy infrastructure and business applications faster while reducing their capital and operational costs.”

Other than being a top AWS technology partner, CloudCheckr has formed close strategic and technical relationships with Google Cloud and Microsoft Azure. The company offers visibility and intelligence to help customers lower cloud costs, maintain security and compliance, and optimise resources.

NetApp said the purchase of CloudCheckr is a “critical step forward” in its cloud financial operations (FinOps) strategy while also accelerating its cloud operation market share.

“The combination of Spot by NetApp and CloudCheckr will create a suite of highly complementary and synergistic multi-cloud infrastructure management solutions for our customers and partners,” said CloudCheckr CEO Tim McKinnon in a statement.

With CloudCheckr under its wing, the Spot by NetApp portfolio will offer cost visibility, analytics, management, and optimization to help enterprises and MSPs continuously control their cloud infrastructure resources, according to NetApp.

Grab the MSP security opportunity
By Mark Haranas
Oct 6 2021
6:54AM