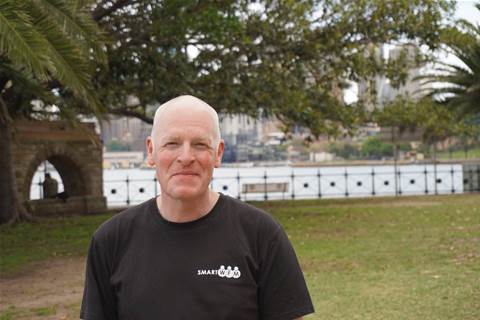 Sydney-headquartered human capital management (HCM) consultancy Smart WFM is setting up subsidiaries in India and the USA in order to spur its global expansion.

The company is also setting up a global leadership team, beginning with the promotion of global HCM lead and behavioural technologist Rob Scott to the role of chief operating officer.

A services partner of HR solutions vendor UKG, Smart WFM was founded by chief executive Jarrod McGrath, former founder of Presence of IT, which was acquired in 2019 by Deloitte.

The company previously opened a Singapore office in 2020, beginning its global moves with a successful foray into Asia.

Scott has been tasked with building out capabilities for scalability and digital-first services for customers.

He previously worked for Presence of IT for over 11 years starting in 2008, first as human capital services managing director and then as strategy and innovation global lead. Prior to that, he was an account director with Deloitte South Africa. He has since worked at the Australian HR Institute and Deloitte Australia.

The company said Scott and McGrath aim to build out a wider global leadership team over the next two to three years.

By expanding to the US and India, the company said it will be able to provide ‘follow the sun’ service and support to clients globally.

McGrath added that it will allow the company to bring skillsets from those markets to bear for other markets. “In the US for example, productivity is very high – particularly in the retail sector,” he said. “We can leverage the insights that drive that productivity into other markets like Australia, where productivity is waning.”

Smart WFM is also launching an academy for its team, customers and partners that teaches core concepts for maximising the benefits of HCM projects.

A statement from the company outlined that in the last three years it has seen a 67 percent revenue CAGR and tripled its headcount.

McGrath attributed the growth to the company’s position as a private, sole-owner business.

“Smart WFM simply doesn’t have P&L growth restraints like other consultancies do – we’ve stayed nimble, grown through customer acquisition, bank factoring, and taking a balance sheet-first mindset which allows us to maintain our single ownership,” he said.

“This has kept competing and external interests out of the company’s development and allowed us to retain our people-first approach to consultancy while delivering clients with modern and sustainable operating models.

“Traditional consultancies – including the big five and major tech companies – fail to step outside of the ‘knowledge worker bubble’ they operate in. We look at digital transformation from the perspective of all people, from the coal face to shareholder and broader stakeholders while providing services that centre on modern people innovation.”