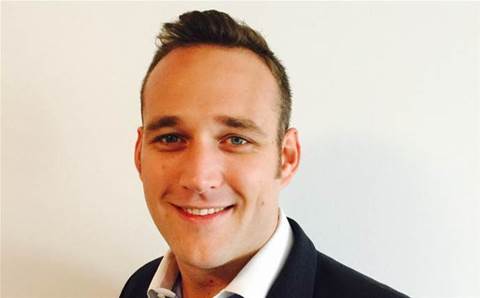 Datto’s regional vice president for Australia and New Zealand James Bergl has left the company after more than six years at the helm.

Bergl announced the move on LinkedIn, saying he plans to take the rest of 2021 off before taking on a new role.

“It’s with mixed emotions that I am announcing that I have made the decision to leave Datto after six incredible years,” Bergl’s post read.

“I will be taking the rest of the year off to recharge and spend time with my (new) family which I am extremely excited about!”

Bergl helped launch Datto in Australia in 2015 as both regional vice president for Australia and New Zealand and director of sales for Asia-Pacific. The launch also coincided with the US-based vendor achieving ‘unicorn’ (US$1 billion valuation) status in the same year. He also joined CompTIA in 2017 as an executive council member for ANZ.

In a statement, Datto chief revenue officer Sanjay Singh told CRN, “James brought charisma and passion to the Datto team every day. We thank him for his years of leadership and wish him the best in his next chapter."

“Having launched the business ... in 2015, Datto has grown to a team of 100-plus servicing and supporting 1600-plus MSPs across ANZ,” he added. “I am humbled and proud of the team and business that we have built and the legacy that continues to grow.”

Prior to Datto, Bergl was regional sales manager for Asia-Pacific for N-Able Technologies (formerly Solarwinds MSP) from 2013 to 2015. Before that, he was at the company’s United Kingdom office as an account executive. Other stints include SaaS vendor Eloqua (now part of Oracle), Autotask (now part of Datto) and SAP.

“To each and every one of our partners, thank you for your business, friendship and support, I am sure we will connect again on the circuit,” Bergl continued.

“As I depart Datto, I say with the utmost confidence, Datto has never been stronger, the vision and execution is taking Datto to new heights and I will be eagerly cheering for Datto, to continue their path of success, doing what they do best...helping MSP's to profitably grow and scale their business.”