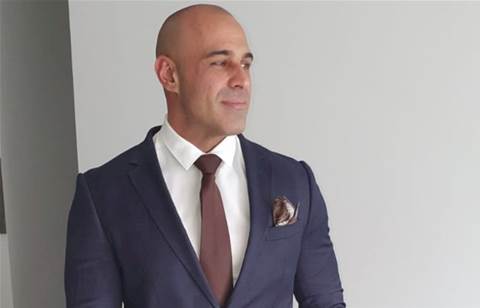 Sydney-based modern workplace and cloud specialist Eighty20 Solutions has announced it has hired Terry Antoniou as its new head of technology and solutions.

As head of technology, Antoniou will have a diverse role at Eighty20, primarily leading its three practices - modern work and security, cloud and Power Platform - with the leads all reporting directly to him, Eighty20 co-founder and co-CEO John Kelly told CRN.

Antoniou will also be involved in pre-sales, standing up major accounts, solutioning work and more.

"Terry has quite a diverse role in the business and he's really bolstering our leadership team," Kelly told CRN.

Kelly added that Eighty20 took its time to fill the role to find "a market-leading technologist" that would also fit Eighty20's focus on customer-centric outcomes.

"[Antoniou] brings a wealth of that technologist capability but also great customer-facing team leadership and the vision of where [Eighty20] is going," Kelly said.

"One of the key components of the role is, setting Eighty20’s technical vision and strategy, 'Where is Eighty20 heading?,' which is not in line with the market, but being ahead of the market."

Eighty20 also announced the hire on LinkedIn, saying “We are excited to announce Terry Antoniou will be taking up the role of head of technology at Eighty20 Solutions.”

“Terry is a versatile, highly adaptable professional and problem solver with extensive experience in FSI, managed services and cloud. With over 20 years’ experience leading large scale programs, Terry prides himself on his ability to simplify long term, complex visions into workable solutions that meet business needs and enhance the employee experience.

“Having worked in various roles managing large teams, driving strategy, delivery and bringing alignment across executives, Terry has facilitated dialogues on product innovation, solving business problems of all complexities, market trends and leading partnerships with our customers and vendors.”

Antoniou was technology director for workplace virtual services at Macquarie Group, holding the role from 2019 to October 2021. Before that, he worked at Westpac from 2013 to 2019 in various technical management roles, namely head of vulnerability management and head of virtual and remote access.

Antoniou also worked at IBM from 2005 to 2013, working up to become delivery operations manager for Workplace Cloud. Prior to that, he spent time at Monster Technologies from 2003 to 2005.

In a separate LinkedIn post, Kelly said of Antoniou's hiring, “Over the moon to be starting the week welcoming Terry Antoniou to our tribe as head of technology and solutions!”

“Terry is a seasoned technologist with extensive experience implementing enterprise scale infrastructure solutions for some of Australia's largest financial institutions. Terry will take point in setting Eighty20 Solutions’ technical direction as we shift into the next gear scaling this great business.”

Grabbing the hybrid cloud opportunity with Lenovo and Azure Services
By Nico Arboleda
Oct 21 2021
6:40AM