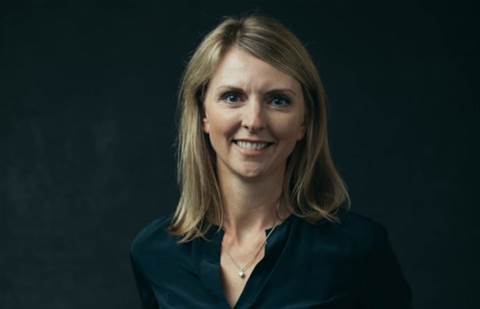 Microsoft Australia is set to run a workshop with local partners on Wednesday to teach them about diversity and inclusion in an initiative called “Stand Up”.

Microsoft's ANZ channel chief Rachel Bondi will host the half-day event alongside non-profit group Champions for Change for its internal staff and some 5000 people across the Microsoft local partner community.

"Stand Up" aims to discuss women’s lived experiences in the technology sector, with a number of speakers exploring the topic, while partners will get access to "e-learning experiences" that will run for a number of months.

Bondi, who is also a co-convenor of the group, said she wanted to replicate how she used her experience at Microsoft US to help promote diversity in the vendor's Australian operations.

Bondi added Stand Up's immediate goal is to coach people to open up on their experience and see where it can get better in the short term, while gradually working toward its goal to attract more women to the industry.

Microsoft Australia partnered with Champions of Change in May 2020, with an initial 10 channel partners involved at launch to form the Microsoft Partner Group.

Champions of Change works with Australia’s leaders in business, government, academia and the military aiming to help redefine mens’ role in taking action on gender inequality.

Which members of the group currently have female executives?

Many of the group members list wider leadership teams on their website, many of which include women in considerable positions of influence. CRN focussed on the most recognisable C-suite roles as each company takes its own approach to appointing senior leadership.

Microsoft ANZ, led by managing director Steven Worrall, has two women in its senior leadership roles, namely ANZ finance director Gael McLennan and HR director Ingrid Jenkins. The vendor lists a few more people on its website, including Bondi, but do not fall into the C-suite roles.

Empired has 16 "executive" positions listed on its website, with executive general manager for customer success for New Zealand Jo Healey as the sole woman.

Rackspace Technology recently appointed Angeline Maronese as its new ANZ managing director, replacing Sean Girvin, who has since joined the US business.

Logicalis Australia has no women in the C-suite roles, but has listed three female managers on its website.

A Microsoft spokesperson told CRN that since the group was formed 18 months ago, 90 percent of group Members have developed specific gender equality strategies and action plans and 75 percent have reviewed their sexual harassment policies, education and reporting strengthening the internal support for employees.

Members provide support for employees experiencing or impacted by domestic and family violence. The group also recently unveiled a "Returnship" plan to support women who wish to return to the workforce and develop tech skills and capability to further a new career in technology.

This initiative is slated to begin in 2022 and the group is pushing for a 200-strong first cohort of women returning to the workplace.

In addition, the group’s Women Rising Program, a leadership initiative that is aimed at retaining, developing and advancing women in the technology sector has also gathered pace. In 2020 260 women took part in the program and 645 signed up in 2021.

Microsoft is also holding its first ever Stand Up half day of action attended by all its Australia and New Zealand staff as well as 5,000 people from the Microsoft partner community.