More than half of govt digitalisation efforts are failing to scale: Gartner 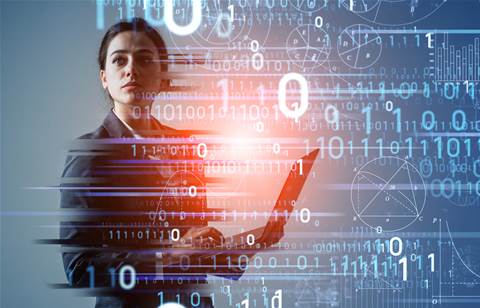 More than half of digital government programs are failing to effectively scale, according to the results of a survey by Gartner.

The survey of 166 government organisations across North America, EMEA and Asia Pacific showed that while 72 percent of digital government programs have accelerated and 36 percent have increased investment, 55 percent are still failing to generate results at scale.

In a presentation at Gartner's virtual APAC IT Symposium, senior research director Dean Lacheca said that a major factor in these failures is IT government agencies that stick with more traditional paths of change, rather than following more modern digitally advanced practices.

Lacheca outlined that what Gartner calls ‘digitally advanced’ governments are more likely to succeed in scaling their digital programs and are reaping more benefits from the digital programs they do scale.

Only 24 percent of those surveyed met the criteria to be called digitally advanced, 85 percent of those said they have successfully scaled digital and are using it extensively across their organisations. Further, 59 percent said they are seeing ‘high’ to ‘extremely high’ levels of benefits from their programs.

Lacheca outlined four of the major factors that differentiated the digitally advanced government organisations from the others.

“Digitally advanced governments are building programs that set out to transform the citizen or stakeholder experiences of the government services. Now, this one seems fairly fundamental, this one is one of those building blocks of a lot of strategies. Yet, in terms of execution of the programme, we often see more effort being taken to actually just shift transactions online rather than actually transform the experience themselves,” he said.

He added that to see real success, organisations need to move toward new design approaches, co-creation and cross-functional teams. They also need to look at sentiment analysis, real-time monitoring of citizen experience and omnichannel experience platforms.

“Governments are advanced in their efforts to look at automation of end to end processes. Now, this is everything on the spectrum from single task automation, to end to end capability of service automation. And really, they're looking to augment the capabilities of their workforce to really free up their time to take away low-value tasks and processes,” Lacheca explained.

He added that automation needs to be an integral part of a transformation strategy that incorporates decision intelligence and actually improves how the workforce operates, ultimately working toward hyperautomation.

“Governments are looking at how they can redesign existing end to end processes. Now, this is one of those areas where organisations are really under the pressure. We're really pushing transformation across a wide range of areas and, in many cases, we're having a direct impact on the way that governments work and the silos of governments that are in place,” Lacheca said.

He suggested that this is about investing in digital integration platforms, low code environments and expanding the use and supply of APIs. Also, taking a product management approach with incremental roadmaps for services.

Areas that he mentioned included exploring data gather from IoT projects, cross-government data-sharing programs, and the use of natural language processing and computer vision to “unlock the value of unstructured data sources”.

He said that value is gained by bringing together different data sources.

“The final point of differentiation for more advanced digital government programs is that they're creating new services and ways of working new ways of delivering value – and this is by far the biggest challenge for a lot of government organisations as they move forward in the way that they operate,” Lacheca said.

He suggested that government organisations should focus on human-centred design and using product management processes, as well as greater involvement of the development ecosystem in the process of innovation.

Grabbing the hybrid cloud opportunity with Lenovo and Azure Services
By Ben Moore
Oct 27 2021
6:17AM