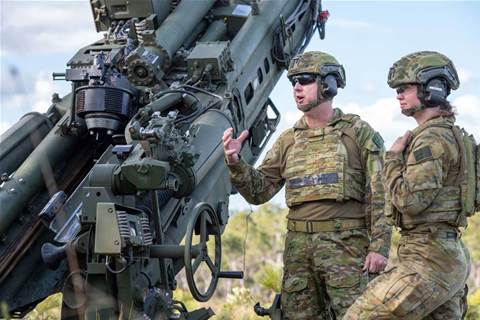 Telstra has announced it has renewed its critical network and telecommunications services contract with the Department of Defence in a deal valued at $1 billion.

The five-year contract will see the telco continue providing the Department with “leading-edge technology” and telco solutions. It also has options to extend the contract for up to three additional years.

Defence sought to increase its wireless coverage significantly through a rollout of wi-fi 6 and the implementation of a new 5G network built for Defence personnel. The Department will also see full SD-WAN and SDN capabilities for network flexibility, resilience and predictability.

Telstra said the contract is its largest ever from a single customer under its Telstra Enterprise business, and is expected to contribute to its growth plans for the division.

“We are very pleased to extend and deepen our partnership with the Department of Defence and use our unique sovereign capabilities, decades of experience, and cutting-edge technology to co-design solutions for today and into the future,” Telstra chief executive Andrew Penn said.

“Telstra is committed to working with the Australian Government to ensure a thriving and safe digital economy and society, including ensuring the Department of Defence and Australian Defence Force have access to world-leading technology.

“After successfully delivering an enormous program of work under our previous contract with the Department, we are excited by the opportunity to take our collaboration even further.”

Penn will meet with Defence secretary Greg Moriarty in Canberra today to sign the agreement.

The telco has previously provided Defence with upgraded network infrastructure and mobility platforms.

The deal comes off the heels of Telstra's acquisition of south pacific telco Digicel Pacific last month, which was mostly funded by taxpayers. The total purchase price was $2.3 billion, with the telco chipping in for $390 million and the remaining $1.8 billion coming from the Federal Government.

Grabbing the hybrid cloud opportunity with Lenovo and Azure Services
By Nico Arboleda
Nov 3 2021
10:48AM