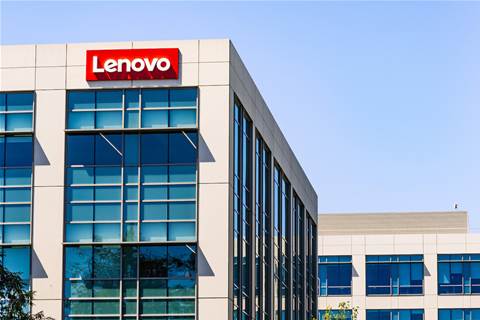 China's Lenovo Group, the world's biggest maker of personal computers, said that a global chip shortage remained a challenge even as it reported a 65 percent rise in second-quarter profit on Thursday.

The company said it was able to outgrow the market by securing more supply of components than its peers, but acknowledged that the chip shortage was "causing delays in order fulfilment and significant back-log orders across PCs, smartphones, and servers."

Shares in the company fell 5 percent after its results which Guotai Junan analyst Gin Yu said reflected market concerns over how the semiconductor shortage, which has impacted goods from automobiles to home appliances, was affecting worldwide PC shipments.

Research consultancy Gartner said last month that growth in worldwide PC shipments slowed in the September quarter as easing anti-virus measures prompted consumer and educational spending to move away from PCs to other priorities and as chip shortages constrained laptop shipments.

On Thursday, it reported a profit for the quarter ended September 30 attributable to equity holders jumped to US$512 million versus US$310 million in the same period a year earlier, but the 65 percent growth rate was its slowest in the past three quarters.

Revenue rose 23 percent to US$17.9 billion, slightly above an average estimate of US$17.3 billion from 9 analysts, according to Refinitiv data.

The company said that it saw strong sales growth in China and America, but a decline elsewhere in the Asia Pacific due to fewer educational deals in Japan. It added that it expected PC demand to be in line with industry assessments of 340-355 million a year for the next few years.

Chairman Yang Yuanqing said in a statement that the company had increased its research and development (R&D) investment by 60 percent during the quarter and that its goal of doubling R&D spending over three years remained.

The company's R&D expenditure has recently come under scrutiny in Chinese media after it abruptly withdrew its application for a 10 billion yuan (US$1.55 billion) share listing in Shanghai, days after it had been accepted by Shanghai's STAR Market.

Grow your software revenue by selling these 5 affordable, essential tools for the modern workplace
By Brenda Goh
Nov 5 2021
6:48AM