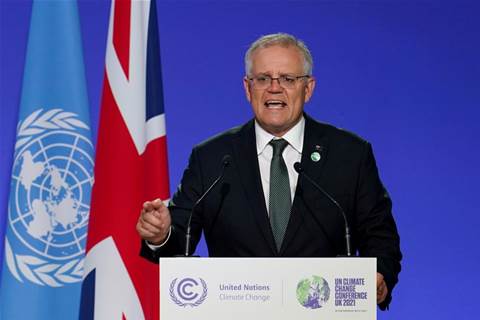 Australia will spend $100 million to bolster the development of quantum technology, as Canberra identifies nine areas of technology it believes critical for national interests.

Quantum technology, based on core principles of physics, is still in its infancy but has become a darling of investors aspiring to revolutionise industries from healthcare and finance to artificial intelligence and weather forecasting.

In recent months Australia has promised spending of billions of dollars to modernise its economy and cut dependence on China, by spurring manufacturing in industries such as resources and critical minerals as well as backing for the development of low-emission technology.

The first of the nine areas is quantum technology, with the bulk of the promised $100 million going to commercialise Australia’s quantum research and forging links with global markets and supply chains.

"Quantum science and technology has the potential to revolutionise a whole range of industries," Morrison is to say in extracts from a speech provided to Reuters.

He will give examples such as communications, energy, agriculture, manufacturing, transport, and mining.

But he will also warn of the ethical implications of such new developments.

"We need to be asking ourselves what should be done with technology — not just what can be done," he will say, according to the extracts.

The announcement comes alongside a commitment from Tech Giant Google of a $1 billion investment into Australia's digital economy, including a partnership with Macquarie University to further research into quantum technologies.

IBM also recently stated that it was expecting its own chips to achieve quantum advantage, the point where quantum processors out-perform traditional silicon, within the next two years.

Grabbing the hybrid cloud opportunity with Lenovo and Azure Services
By Colin Packham
Nov 17 2021
6:29AM