Sweetening the deal with partner programs 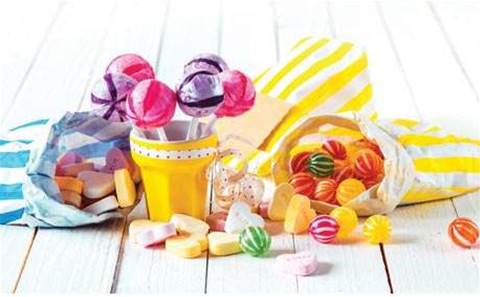 Everybody is looking for an edge. That hint of magic that turns a deal from a prospect into a sale, and money in the bank. Vendors and distributors want resellers to push their solutions. Often, partners have other ideas.

That has led to a plethora of sales incentives and market development schemes, from rebates to loyalty programs to straight-out gifts as rewards – or bribes, as some in the industry call them – not always with the best outcome for the customer in mind.

With PC and IT sales squeezed and vendors fighting to hit quarterly targets, not all programs are well thought-out strategies. Resellers have told CRN stories of the pressure of desperate vendor pitches to hit difficult targets and dubious practices from underhand deals to overreaching with a partner’s sales team.

Indeed, the feedback that CRN received during our research was that larger end user customers are starting to query rebate schemes during the tender process, interrogating their potential suppliers about how they are rewarded to ensure that the solutions they are proposing are being suggested for the buyer’s benefit, not the seller’s.

Putting the customer first is the ethos of Neil Campbell, director of solutions at Dimension Data. He says the giant integrator is not vendor-agnostic – that could lead to a lack of focus and skills with any given technology – but does advocate “vendor-independence”.

Campbell singles out three areas of concern when it comes to vendor programs: discounting, vendors that overstep the mark, and a lack of consistency around pricing.

The problem with discounts is that too many resellers pass them on – they “go to the street”, says Campbell. “Typically if you just increase discount across the channel, it becomes more margin to give away.”

• Simplicity is the key to rebate success

• The secret sauce of partner programs

Hence why he is a fan of rebates, but with some caveats. “Rebates are very good mechanisms for promoting partner profitability… if it doesn’t come in the form of a discount and it is subject to something that can be measured, like client satisfaction, it can’t be built into the discount.”

Client satisfaction is one option for the rebate scorecard. Another, says Campbell, might be to rebate a managed service provider based on reducing the number of support requests pushed to the vendor. These are just two examples; there are sure to be many more. The point is ensuring the rebate can’t be gamed.

If a rebate is guaranteed, says Campbell, it will go to the street.

Then there’s the issue of overstepping the mark. Vendors run all sorts of attractive incentives to encourage their partners to push product. But they must remember who is in charge of the feet on the street. At Dimension Data, vendors are barred from offering incentives directly to the integrator’s salespeople, says Campbell.

“We don’t want our own people to be skewed by that vendor. It creates behaviour that is not best for the client. We have clear policies and there are penalties for participating in vendor incentive programs.”

Campbell adds that it is “difficult to police”, but it often comes back to the integrity of the vendor.  Finally, he mentions the problem when vendors conveniently forget their own pricing for the sake of a big deal.

Dimension Data, of course, is the biggest integrator in the world and hence one of the top partners for many vendors. Campbell says vendors must stick to their guns when it comes to tiered pricing, even if it means turning down an opportunity.

This is not just about looking after Dimension Data’s interests, says Campbell, but also the vendor’s and client’s. “Technology must be implemented in a way that adds value to the client,” says Campbell.

Next: Discounts aren't a priority

Craig Somerville, managing director of Somerville Group in Roseville, Sydney, concurs that clients come first. “We have always been focused on selecting the right products to fit our target markets. Frankly, if a product is complex and difficult we don’t want to take it to market even if the vendors discount the crap out of it.”

More to the point, says Somerville, “a program that a vendor puts in place won’t entice me to sell it if I think it’s the wrong product for the customer”.

Indeed, as someone who has been in the IT game for more than 35 years, he says the current state of flux that the market finds itself in is leading to significant conflict.

“Ten years ago you had Cisco for networking, HP for services, EMC for storage and VMware for virtualisation, but now everyone does everything. We often find companies we have traditionally worked with competing with us. We see that all the time. Or they will position a friendly partner against us where they see we are in the account.”

Somerville speaks for many resellers when he says: “Some significant vendors, as much as they say they support the channel publicly, they are doing everything they can to get rid of their channel and go direct.”

While the criticisms of vendors going direct are never far from the channel conversation, the reality is that for many vendors the channel remains part of the bedrock of their success.

HP is a case in point. The mega-vendor does the vast majority of its business via the channel. Last year, HP overhauled its partner program, an initiative driven by chief executive Meg Whitman.

Margrith Appleby, director, commercial channel sales, printing and personal systems, HP Australia, says: “We’ve worked with our partners to identify their issues and specific pain points, and soaked up all of their insights to improve our HP PartnerOne program.”

Ease and predictability were HP’s watchwords, she adds. “In October 2013, we announced enhancements to our global PartnerOne program, making it easier and more predictable for partners to do business with HP. The HP PartnerOne program enables partners to access all of HP’s offerings through one central program, instead of working with many different programs and vendors.”

The changes to PartnerOne also reflect the role of programs as ammunition in the battle between vendors. For instance, the generous rebates for partners selling HP converged infrastructure with HP networking seems intended to grab networking market share from rival Cisco, whose Value Incentive Program (VIP) is often held up as channel’s best practice.

Cloud computing is disrupting everything – including industry incentives. Among the resellersCRN spoke to for this feature was an abiding cynicism and that vendors are trying to program around cloud as if it were a mature market, instead of accepting the reality: that cloud is an emerging and uncertain market.

This is compounded by the fact that the cloud has made direct sales much easier. Many vendors are still working out where they fit as the market shifts to as-a-service model, says Somerville. “I don’t think a lot of the vendors have answered that question yet in their own mind. They all have personality disorders and they don’t know whether they want to be direct or channel-driven.

“What comes first, the rebate or the value that the reseller or the distie provides? What is happening with the cloud is that people have got it around the wrong way.”

But despite the teething problems, it is also clear that some of the largest vendors are genuinely trying to accommodate as-a-service business models.

HP’s Appleby tells CRN, “We understand that the cloud enables partners to not only sell cloud solutions, but also to deliver cloud services and we provide a number of resources that enable partners to benefit and capitalise on cloud and services opportunities.”

The company has also introduced the Cloud Partner Solution Navigator as part of its PartnerOne enhancements. This is an online resource designed to help customers locate HP partners with the specialties they need for their IT solutions.

The biggest gripes from resellers about the programs often relate to a lack of transparency, or worse consistency, as and when the rules change mid-game.

Rasmussen recounts a recent conversation. “One thing the big guys really hate is what they call drive-bys. That’s when you sit with the customer, figure out a solution, you bond, you quote, you get the vendor onboard then all of a sudden it goes to the finance director who insists on getting 15 quotes and we are going to go with the cheapest.”

Suddenly, says Rasmussen, a reseller who wasn’t involved sneaks in and gets the same rebate and benefits from all your work.

Somerville also has fairly strong views on the whole idea of rebates. “I have always been a vocal anti-rebate campaigner – my view is that rebates are the biggest risk we have. While it’s great when you get big chunks of rebate money, I still think that it would be better as front-end gross profit rather than a back-end rebate.”

The problem he says is that rebates change the behaviour of the sales person, the business and the vendor – and not necessarily for the better.

The best programs are those that provide a win for everyone, says Rasmussen. As an example, he mentions schemes where the reseller gets a bigger rebate because they have achieved an accreditation. It is especially valuable for companies that are trying to build their business. Stepping away from straight rebates or discount driven programs, there are plenty of other creative approaches to drive business through the channel.

Quantum’s new managed service provider program, which launched in October, is just one example. According to Anne Collins, director of channel sales, Asia Pacific at Quantum, “Alliance members can apply for extra certification to be a Quantum MSP. Once approved and trained, Quantum MSPs can make tremendous margins selling backup and disaster recovery as a service to their customers.”

• Simplicity is the key to rebate success

• The secret sauce of partner programs