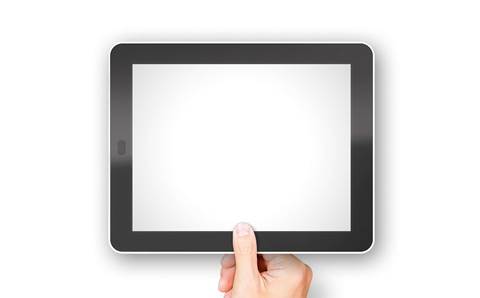 The tablet is a victim of its success. Annual sales of the touch devices fell 20 percent this year, but there’s no reason to panic.

Tablets hit saturation in just five years: 13 million Australians now have access to one. Following a massive uptake in 2013 when half of all tablets were sold, few users needed to upgrade. Many have instead bought a phablet, such as the iPhone 6 Plus or Samsung Galaxy Note.

“Apple has created a durable product and people haven’t seen the need to upgrade,” says IT industry analyst Foad Fadaghi who expects sales to be in the doldrums until 2016. Counter-intuitively, this is a golden opportunity for resellers, adds Fadaghi, who is principal analyst of Australia-based tech trends watcher Telsyte.

“But businesses have been waiting for 2-in-1 devices such as Surface and Surface Pro before buying employees tablets. While the space has been BYOD in the past few years, the drop from the past 12 months will be clawed back by businesses adopting the Windows 2-in-1 device.”

(The Microsoft Surface range has long been limited to a restricted commercial channel, much to the annoyance of resellers. As CRN went to press, Microsoft had finally listened to the demands of its partners and opened up Surface to wider distribution.)

Fadaghi sees a bright future for tablets as PC replacements. “People are waiting for a device with PC-like functionality before they feel they have the same level of productivity. We’ve also seen the arrival of Microsoft Office on Android and iPad and detachable devices like keyboards have made the devices useful for content creation. It’s a massive change-management exercise for business.”

The release of Windows 10 later this year will tip the balance in favour of long-delayed upgrades, especially as businesses move to operationalise their costs.

Ajilon participated in a six-month trial that saw police respond to 6,000 incidents in the south-east metro district, an area about 1,300m2 that covers Kensington to Perth Airport in the east and down to Serpentine. During the trial, public approval leapt 15 percentage points to 89 percent, according to the National Survey of Community Satisfaction of Policing, while computer-aided dispatch tasks fell 9.3 percent. Average response times jumped 7.2 percent and the need to attend to known trouble spots halved.

The app enables officers to do real-time searches of people, vehicles and locations, and WA-headquartered Ajilon is hopeful it will be deployed on up to 6,000 smartphones and tablets if green-lighted. Paul Wilkins, Ajilon general manager of strategy and innovation, says all police officers in the trial used the app and 82 percent said it saved time. Officers also identified 20 more functions that were integrated into the app.

“This was an ideal application for Agile development,” Wilkins says. “We did continuous delivery; they’d use it, offer suggestions, we’d reflect back and change it.”

Data is provided in real time to the device, allowing officers to stay on-site instead of going back to their cars. This is especially important in domestic violence matters – in these cases, both officers would normally have to leave the scene to check details or call in back-up.

The app was deployed to Windows Phone devices but also works on Android and Apple. Tablets are more likely to be used in cars and at desks while smartphones will ride on officers’ tactical vests. The client is also evaluating another vertical solution from a US vendor that includes proprietary tablets and a bespoke command and control centre.

Mobile HQ has since won a WA IT innovation award. Accepting the gong, the project’s sponsor, assistant commissioner of the metropolitan region Kellie Properjohn, said there was “nothing more important than officers having access to real-time information in the field”.

One productivity benefit is that the app receives tasks to be ticked off a checklist without resorting to a voice channel, Wilkins says.

Ajilon is in the second year of a five-year contract with WA Police. It previously built the Police Justice Information Exchange, Public Sex Offenders Register and Immediate Disqualification Notice system for WA Police.